HARTFORD, Conn. (AP) — The Connecticut Supreme Court rejected the appeal of a man convicted of murder, sexual assault and other crimes in the killings of a woman and her two daughters, ages 11 and 17, in a 2007 home invasion. 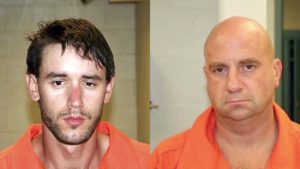 Justices issued a 7-0 decision Monday upholding the convictions against Joshua Komisarjevsky. He appealed on several arguments including that the state’s failure to move his trial out of New Haven to counter pretrial publicity denied him a fair trial.

Komisarjevsky and Steven Hayes are serving life prison sentences for the killings of Jennifer Hawke-Petit, 48, and her daughters, 11-year-old Michaela and 17-year-old Hayley, in their Cheshire home. Hawke-Petit’s husband, Dr. William Petit, now a state representative, was severely beaten but survived the attack.

The two paroled burglars broke into the family’s suburban home in the middle of the night and terrorized them for hours. They forced Hawke-Petit to go to a bank the next morning and withdraw $15,000. Back at the house, Hayes strangled Hawke-Petit and the girls were tied to their beds when the intruders set the house on fire. The girls died of smoke inhalation. Hawke-Petit and Michaela were also sexually assaulted.

The crimes and their viciousness drew worldwide attention, drawing comparisons to the 1959 killings portrayed in Truman Capote’s “In Cold Blood” and becoming the subjects of TV shows, documentaries and books.

Both Komisarjevsky and Hayes were sentenced to death, but the punishments were changed to life in prison without the possibility of release after Connecticut abolished the death penalty in 2015.

Komisarjevsky’s appeal also claimed the state failed to disclose evidence, placed him in unconstitutionally strict prison conditions and failed to correct false expert testimony against him.