MADISON, Wis. (AP) — The parents of a teenager who was one of three people killed by a former Wisconsin police officer over a five-year span filed a federal civil rights lawsuit Thursday alleging that he used excessive force and that the department he worked for “embraces and promotes” racism.

Alvin Cole’s parents, Tracy and Albert Cole, are seeking unspecified damages from former Wauwatosa Officer Joseph Mensah, the city’s former police chief, Barry Weber, and its insurance company in connection with their son’s death. Mensah shot the 17-year-old during a foot chase outside a mall in February 2020. Mensah said the teen fired first. 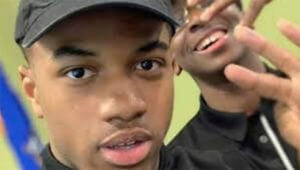 FILE – This undated family photo provided by Taleavia Cole shows her brother Alvin Cole, left. Then-Wauwatosa, Wis., Police Officer Joseph Mensah shot and killed the 17-year-old outside a mall in February 2020 after receiving a call of a man with a gun in the mall. The parents of the teenager filed a federal civil rights lawsuit Thursday, July 28, 2022, alleging he used excessive force and that the department he worked for “embraces and promotes” racism. (Taleavia Cole via AP, File)

Alvin Cole was the third person Mensah shot and killed during a five-year stretch with the Wauwatosa Police Department. Mensah killed Antonio Gonzales in 2015 after Gonzales refused to drop a sword, according to prosecutors. He killed Jay Anderson in 2016 after he found Anderson sleeping in a car in a park after hours. Prosecutors said Anderson reached for a gun on the passenger seat.

Mensah is Black, Anderson and Alvin Cole were Black and Gonzales identified as Native American.

Mensah wasn’t charged in any of the shootings. Anderson’s and Gonzales’ families filed federal civil lawsuits last year against Mensah, Weber and the city. Those cases are still pending.

The latest lawsuit alleges that Alvin Cole accidentally shot himself during the chase and was on the ground trying to comply with officers’ commands when Mensah ran up and shot him five times without giving him any commands. This amounts to unconstitutional excessive force, the suit contends.

The lawsuit also asserts that race was a motivating factor in Mensah’s decision to open fire, insisting that Mensah treated Alvin Cole worse than he would have treated a white person in the same situation. 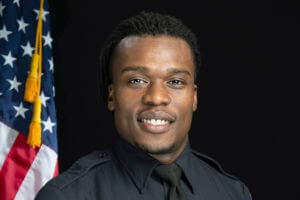 FILE – This undated file photo provided by the Wauwatosa Police Department in Wauwatosa, Wis., shows then-Wauwatosa Police Officer Joseph Mensah. The parents of a teenager who was one of three people who were killed by the former Wisconsin police officer over a five-year span filed a federal civil rights lawsuit Thursday, July 28, 2022, alleging he used excessive force and that the department he worked for “embraces and promotes” racism. (Gary Monreal/Monreal Photography LLC/Wauwatosa Police Department via AP, File)

The lawsuit also argues the Wauwatosa Police Department “embraces and promotes” racism, arguing that Black people were barred from living in certain parts of the city into the 1980s and that several members of the department attended so-called MLK parties in blackface in the 1980s and 1990s but were never disciplined. The lawsuit goes on to allege that 83% of the department’s arrests in 2018 were of Black people even though Black people only made up 5.3% of the city’s population that year.

Mensah’s attorney, Jonathan Cermele, didn’t immediately respond to a message seeking comment. Weber retired in June 2021; his attorney, Ann Wirth, also didn’t immediately respond to a request for comment. Wauwatosa City Attorney Alan Kesner declined to comment, saying the city hadn’t been served with the lawsuit yet and that he hadn’t seen the filing.

Mensah resigned from the police department under pressure in 2020 and joined the Waukesha County Sheriff’s Department.