COLUMBUS, Ohio (AP) — The Ohio Supreme Court upheld the death sentence Wednesday for an inmate who argued her attorneys didn’t properly raise in her defense trauma she experienced, including gender dysphoria.

The court ruled 6-1 to uphold Victoria Drain’s conviction and death sentence in the 2019 beating death of Christopher Richardson, a fellow inmate in the residential treatment unit at Warren Correctional Institution in southwestern Ohio. 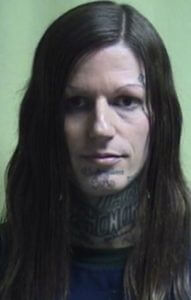 Drain attempted to enlist Richardson in a plot to kill an inmate Drain believed was a convicted child molester, court records show. When Richardson backed out, Drain killed him to keep him from exposing her plan, records show.

Drain killed Richardson by beating, stabbing and strangling him, according to court records.

Drain had been placed on the unit, which provides inmate psychiatric services, “due to her attempt to self-castrate because she is transgender,” Drain’s attorneys said in a court filing in March 2021.

At the time of the slaying, Drain was serving a 38-year sentence for stabbing and strangling a man to death in Hancock County in 2016. Drain’s execution for Richardson’s death has not been scheduled.

No court has yet considered the “unfathomable trauma” Drain has experienced in her life, said defense attorney Michelle Umana.

“Victoria is more than the crimes for which she is convicted, and she does not deserve to die,” said Umana, supervising attorney in the Ohio public defender’s death penalty department.

In their Supreme Court filing, Drain’s attorneys presented evidence of self-harm dating to childhood because of gender dysphoria, or the distress felt when someone’s gender expression does not match their gender identity.

Warren County prosecutors argued that Drain had “persistently rebuffed” any efforts by her attorneys to present evidence to the three-judge panel weighing her sentence that would have benefited her case. In January 2020, Drain wrote a letter explaining she didn’t want the evidence on her behalf used, prosecutors said.

Drain’s attorneys on her appeal countered that her original lawyers didn’t investigate the connection between her gender dysphoria and her mental health and acts of self-harm.

Justice Sharon Kennedy, writing for the majority, noted that Drain insisted, against her attorneys’ advice, on pleading no contest and made clear she didn’t want 1,900 pages gathered by her attorneys about her life presented to the court.

“Rather, the record shows Drain’s longstanding determination to plead no contest and to have the proceedings over as quickly as possible,” Kennedy wrote.

Justice Jennifer Brunner, the lone dissenting vote, said Drain’s refusal to allow evidence presented on her behalf related mainly to reluctance to present details of a dysfunctional childhood or testimony from Drain’s daughter.

There was significant other evidence available to Drain’s attorneys, Brunner said, “including evidence concerning her gender dysphoria, her mental-health issues and diagnosed disorders, her history of substance abuse, her medical history and the effect that it has had on her mental health and decision-making, and her time spent in juvenile facilities and other facilities.”