SHREVEPORT, La. (AP) — A Louisiana sheriff’s deputy has been charged with malfeasance in connection with the death of a man he and other deputies had arrested while they were trying to conduct a search.

Deputy Ryan Chapman is accused of handcuffing William Walls without reasonable suspicion of a crime, his attorney, Ronald Miciotto, told The Associated Press on Friday. 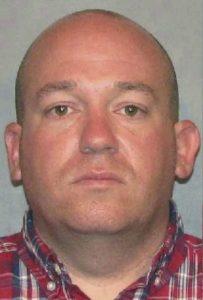 A Caddo Parish grand jury indicted Chapman on Wednesday in connection with Walls’ death on March 18, the Caddo Parish District Attorney’s Office said in a news release Thursday. The news release said Walls was 68, though other outlets have given his age as 70.

Chapman was released on $7,500 bond. The indictment did not describe what he is accused of doing or failing to do in connection with Walls’ death.

An emailed statement by Sheriff Steve Prator said, “It is important to note that Deputy Chapman is not charged with the death of Mr. Walls.”

Chapman will do non-enforcement work “until more information is provided or the case is resolved,” Prator said.

“This matter was fully investigated by the Caddo Sheriff’s Department and Deputy Chapman was cleared of wrongdoing. Deputy Chapman is an outstanding deputy and will be cleared,” Miciotto told KTBS-TV.

Chapman was the only deputy indicted. If convicted, he could get up to five years at hard labor and a $5,000 fine.

Deputies went to Walls’ property in March to arrest a man believed to be in a mobile home that Walls owned, the sheriff’s office said.

Walls, who lived in a nearby mobile home, gave the deputies permission to search the other one, the sheriff’s office said.

“During the search, Walls became aggravated with deputies and tried to re-enter his residence. For officer safety, Walls was detained and placed in a patrol car,” the sheriff’s office said. “Deputies continued their search on the property, then returned to the patrol car a short time later and were talking with Walls when he had a medical episode.”

His son, Jason Walls, told KTBS his father thought deputies were looking for another son who lived in that trailer. He said he was on the phone with his father, trying to clarify the situation, when William Walls was arrested.

“My father did nothing wrong,” Jason Walls said Thursday. “If it weren’t for the actions of the deputies he would be alive today.”

Deputies took William Walls out of the car and gave CPR until an ambulance arrived, the sheriff’s office said.

The prosecutor’s news release said Walls was handcuffed and put alone in the patrol car and “was later found in distress.”

The same grand jury declined to charge deputies in an unrelated death at the Caddo Correctional Center, the district attorney’s office said.

That was the March 16 death of Casey Simpson, 31, who was found not breathing in his cell and was pronounced dead at a hospital, news agencies reported.

The Caddo coroner said an autopsy found that his organs shut down because of diabetes. Authorities said Simpson had repeatedly refused to take his medicine and was evaluated at the jail clinic twice in the days before he died.

The grand jury did inspect the prison and released a report saying it had no medical treatment protocols for inmates, and previous protocols were outdated and unused. Grand jurors also said the jail does not treat inmates being seen for the first time any differently from those with “a continual medical complaint lasting multiple days.”