CHAFFEE COUNTY, Colo. (KMGH) — The murder case against Barry Morphew will move to Fremont County after the court decided he could not receive a fair trial in Chaffee County, according to a court order obtained by KMGH-TV.

Barry Morphew, 54, is accused of murdering his wife, Suzanne Morphew, 49, who was reported missing on May 20, 2020. Barry Morphew was arrested on May 5, 2021 on multiple charges, including first-degree murder. He also faces charges of tampering with physical evidence, attempting to influence a public servant, tampering with a deceased human body, and possession of a dangerous weapon. He pleaded not guilty to the charges.

“Because of the size of the community and the pervasive negative pretrial publicity since Suzanne Morphew’s disappearance, the Court finds that a fair trial cannot take place in Chaffee County,” the order reads. “This is a high profile case in a relatively small county with a small jury pool. The media saturation is high.” 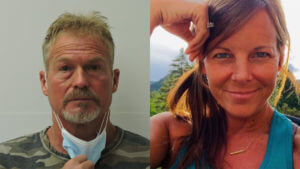 Because the publicity around the case has been “so massive, pervasive, and prejudicial,” Barry Morphew will not receive a fair trial in Chaffee County, the order continues. Suzanne Morphew’s disappearance garnered widespread media coverage and interest across the United States, and the order recognized that “the talk of the community is that Mr. Morphew murdered his wife.”

The court granted a change in county, but the case will stay in the 11th Judicial District.

Barry Morphew’s bond was modified so he could travel to Fremont County for court.

The jury trial will begin on May 3, 2022 in the Fremont County Courthouse.

KMGH-TV covered each day of Barry Morphew’s preliminary hearing in August. To learn about the court discussions in depth, click to read day one here, day two here, day three here, and day four here. His 130-page arrest affidavit, which details the allegations into why Barry Morphew was arrested in connection with the murder of his wife, was released in September 2021.

This story was originally published Feb. 1, by KMGH-TV in Denver, an E.W. Scripps Company.