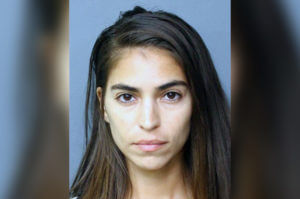 Federal authorities in Virginia said Thursday that the 32-year-old New Jersey woman got three years and nine months in federal prison. She pleaded guilty in July to possessing with intent to distribute more than 400 grams of fentanyl.

Fentanyl is a synthetic opioid that can be stronger and more lethal than heroin.

Barba appeared on reality television shows “American Idol” and “Fear Factor.” The investigation that led to her arrest began when police heard someone was going to deliver a large amount of fentanyl in the city of Norfolk.

Police staked out a stash house and arrested Barba. She had arrived from Los Angeles that day.