Kass Weaver, 49, has spent the last six months behind bars.

The former University of Richmond basketball star is charged with felony murder and felony child abuse/neglect in connection to the death of his son Eliel Adon. He is also charged with aggravated malicious wounding. 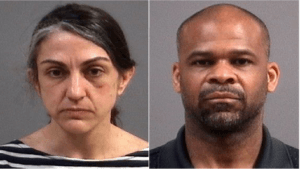 These booking photos provided by Chesterfield Police show Dina (L) and Kassceen Weaver, who are charged with conspiracy to conceal a body and failing to render aid to a child after the body of their child was found inside a freezer. (Chesterfield Police via WTVR)

The case made international headlines in 2021 when the child’s body was discovered in a freezer at Weaver’s Chesterfield home.

Weaver will be able to leave Riverside Regional Jail on a $50,000 secured bond as soon as he has a GPS monitoring system installed in his Richmond home.

He will not be allowed to have any contact with his wife, Dina Weaver, or his 10-year-old son, except through attorneys.

Dina Weaver is also out on bond. She faces charges related to conspiracy to conceal a body and failing to render aid to a child.

Her bond requires her to live out of state, which is one reason why Kass’ defense team was able to argue Kass would not be a threat to her safety.

Kass Weaver’s defense attorney Doug Ramseur convinced the judge that his client was a candidate for bond because he explained between May and October 2021, Weaver was out on bond and followed his bond guidelines.

Ramseur also explained the difficulty Weaver has had maintaining his rental properties and participating in a civil case over custody of his son, who remains in foster care.

During the hearing, Ramseur called family law attorney Alexandra Bowen to the stand. Bowen is representing Weaver in his ongoing domestic litigation and was also appointed his power of attorney.

She also explained the difficulty Weaver has had managing his numerous rental properties in Richmond and Henrico. She said one property was close to going into foreclosure because she was not able to access Weaver’s finances due to a password problem. She believed the problem could be easily resolved if Weaver were not jailed.

Weaver walked into the courtroom Wednesday morning on crutches. His legal team alleged he’s been unable to receive proper care for an ankle injury at Riverside Regional Jail.

They noted at one point, he was placed in protective custody in the jail but he had since been moved back to a general jail setting. 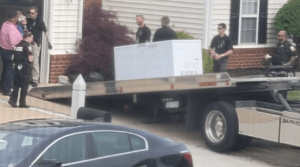 And despite the fact the boy’s body had been in the freezer between a year and a half and two years, an anthropologist determined he sustained a skull fracture and multiple rib fractures, among other injuries.

They also showed images of burns on Dina Weaver’s body. They argued Kass abused his wife over a period of time.

The judge said he believed Weaver was not a flight risk and must be presumed innocent until the Commonwealth can prove he is guilty beyond a reasonable doubt. The judge noted the facts, in this case, are horrific.

Weaver is scheduled to appear in court on February 24 for another pre-trial hearing.

This story was originally published Feb. 16 by WTVR in Richmond, an E.W. Scripps Company.
MORE NEWS