MASON, Mich. (AP) — A former mid-Michigan fifth-grade teacher has been sentenced to seven to 15 years in prison after being convicted of molesting male students that he taught. 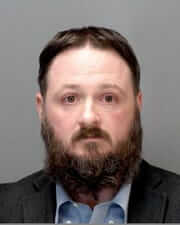 The Lansing State Journal reports the 36-year-old Daley remained silent during his sentencing hearing in Ingham County Circuit Court despite several parents of his victims urging him to admit what he had done.

The Ingham County Sheriff’s Office started an investigation in May 2018 after four students told the principal that Daley had touched them inappropriately.