FORT LAUDERDALE, Fla. (AP) — Prosecutors in the penalty trial of Florida school shooter Nikolas Cruz began their rebuttal of the defense case Tuesday by questioning whether his birth mother drank as heavily during pregnancy as some witnesses portrayed. 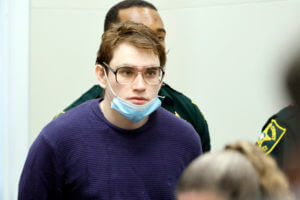 They also showed his sometimes racist and misogynistic behavior online before he massacred 17 people four years ago at Parkland’s Marjory Stoneman Douglas High School, his online searches for child pornography and the violent writings and drawings found in his jail cell last spring.

Prosecution expert Dr. Charles Scott, a forensic psychiatrist at the University of California, Davis, testified that while defense experts and witnesses have said Cruz’s birth mother, Brenda Woodard, drank fortified wine and malt liquor during pregnancy, he said there is scant evidence supporting that in her medical records.

Not only do those records show she denied drinking after five weeks of pregnancy, there is nothing in Woodard’s doctor examinations or Cruz’s infant medical records that indicate to him she was lying.

The records “raised questions for me what was the reality of the alcohol (abuse),” Scott said. Woodard died last year.

Prosecutors used Scott’s testimony to show the jury swastikas drawn on Cruz’s gun magazine and his boots, his online racism and misogyny and his online searches for child pornography.

They say those details support Scott’s diagnosis that Cruz’s murder of 14 students and three staff members at the high school was driven by antisocial personality disorder — commonly known as being a sociopath. Cruz, 24, pleaded guilty last October to the Feb. 14, 2018, murders — the trial is only to decide whether he is sentenced to death or life without the possibility of parole.

Scott testified that Cruz is capable of controlling his behavior but chooses not to as he has no regard for others, the leading trait of antisocial personality disorder. He also showed video clips from his three days of interviews with Cruz from last March. While defense experts said Cruz has a slightly below average IQ, Cruz engaged Scott in a high-level discussion about Russia’s invasion of Ukraine that had begun just days earlier. Cruz discussed Russian President Vladimir Putin’s goals and history with clarity.

Prior to Scott taking the stand, prosecutors used Broward County sheriff’s investigators and a jail guard to introduce the swastikas that were drawn on the magazine found in Cruz’s AR-15-style semiautomatic rifle and his use of anti-Black and anti-woman slurs online. Five of Cruz’s 12 jurors are women and seven identify as racial minorities. For Cruz to get a death sentence, a unanimous vote is required. 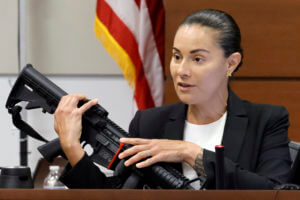 Broward Sheriff’s Office Sgt. Gloria Crespo testifies about the weapon used by Marjory Stoneman Douglas High School shooter Nikolas Cruz in the 2018 shootings. This during the penalty phase of Cruz’s trial at the Broward County Courthouse in Fort Lauderdale, Fla. on Tuesday, Sept. 27, 2022. Sgt. Crespo took the photograph (for evidence purposes) of the gun used by Cruz after the shootings. Cruz previously plead guilty to all 17 counts of premeditated murder and 17 counts of attempted murder in the 2018 shootings. (Amy Beth Bennett/South Florida Sun Sentinel via AP, Pool)

Detective Nick Masters, an online investigator, said Cruz searched for how to buy a Nazi flag, for information on Adolf Hitler’s birthday and how to get a swastika tattoo. Cruz wrote “the Nazi party will rise again.” He made searches and comments using a racial slur directed against Black people. He wrote that he punched his widowed mother and called her a slur used against women. He wrote that “women are less important than a dog.”

Masters showed several graphic searches Cruz made for child pornography. He also made comments extolling animal abuse, saying he had killed 12 cats and wrote, “I am glad when animals die. It makes me happy.”

Circuit Judge Elizabeth Scherer only allowed prosecutors to present a fraction of the online searches and comments Cruz made, saying more would be excessively prejudicial. There is no contention that Cruz specifically targeted girls or minorities. Eight of his victims were girls and four were racial minorities.

During cross-examination, Cruz attorney Nawal Bashimam asked Masters about other searches Cruz made such as how to get a girlfriend, how to deal with loneliness, how to find mental health treatment and “How do I help myself with these bad feelings?” Masters said he had seen some of those.

They showed writings where Cruz praised Satan and photos of a drawing he made in his cell with his own blood of a pentagram and the number 666, which some believe is the sign of the Anti-Christ.

During their case, Cruz’s attorneys tried to show how his late birth mother’s alcohol abuse during pregnancy put Cruz onto a lifelong path of erratic, bizarre and often violent behavior that culminated in the shootings. They also tried to show that his adoptive mother, Lynda Cruz, became overwhelmed after her husband died when Cruz was 5. She died less than three months before the shootings.

Because of Hurricane Ian’s approach to Florida, which is expected to bring heavy rain to Fort Lauderdale over the next two days, the trial will resume Monday with Scott still on the witness stand. 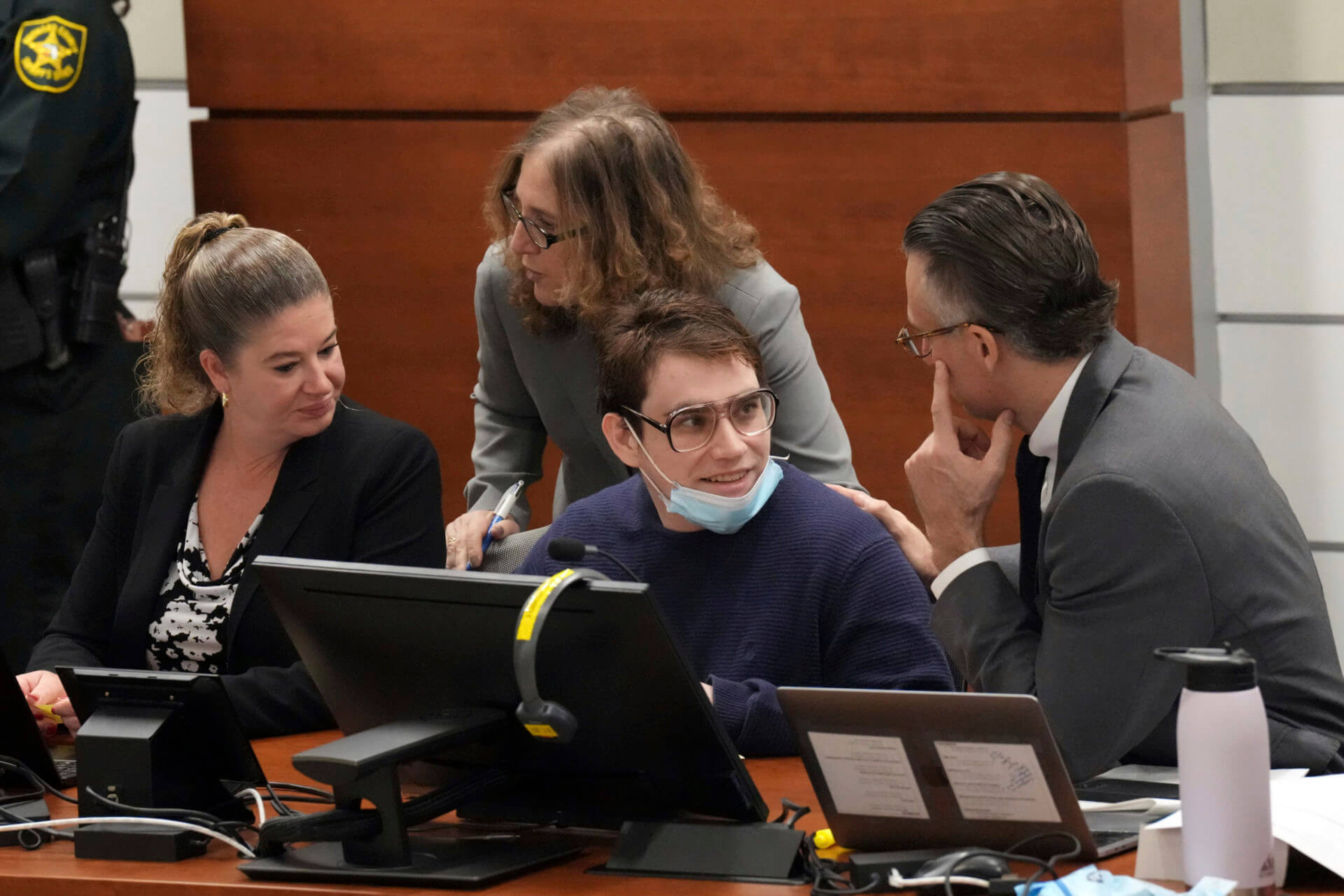