SHAWNEE, Kan. (AP) — The father of an infant killed in a house fire in suburban Kansas City, Kansas, has been charged with first-degree murder and other crimes in the case. 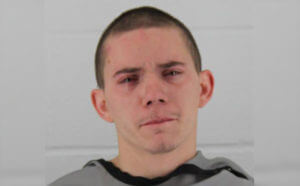 The fire was reported around 1 a.m. Sunday in Shawnee, and firefighters battling the flames found the body of the infant inside home. The baby’s name has not been released.

He is being held on $1 million bond.