HAMPTON, Va. (WTKR) – The father of missing 4-year-old Codi Bigsby has been indicted by a grand jury on 30 counts unrelated to his son’s disappearance.

Codi Bigsby was reported missing by his father on Jan. 31. Days later, Cory Bigsby was arrested for multiple child neglect charges that are not related to the boy’s disappearance. 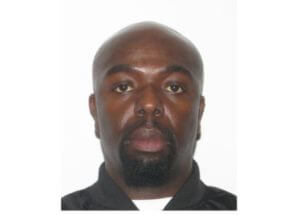 According to a source close to the investigation, tells WTKR the new charges in this indictment include 15 charges of child neglect for leaving the children home alone. Four more charges of alleged child abuse and two additional child neglect charges in connection to those child abuse charges. Also, two misdemeanor charges were added for failure to secure medical attention for an injured child.

The charges in this indictment are not related to Codi’s disappearance.

According to the documents, they were left alone long enough for it to be considered ‘a reckless disregard for human life.’

Court documents show that he neglected to care for at least one of his four children on December 13-15, again on December 28, on January 11 and 25, then once more on February 1.

Court documents say Bigsby committed an act against a child that was, “so gross, wanton, and culpable as to sow a reckless disregard for human life.”

Charges from February 1 also include two misdemeanor charges for “failure to secure medical attention for an injured or battered child.”

Those charges came just one day after Cory reported his son, Codi, missing.

Slabinksi and others with his volunteer search team have been searching for Codi from the start.

“He is a 4-year-old boy, and regardless of what happened, or where he may be, or the condition he’s in, he still needs to be brought home,” Slabinski said.

Slabinski told WTKR he hopes Tuesday’s developments regarding Cory will put more focus back on Codi. 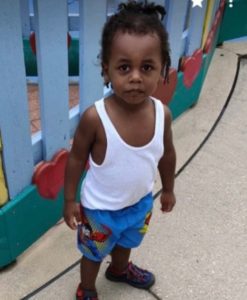 “A lot of people have stopped following and stopped talking about Codi Bigsby. I think some people have given up hope,” he said. “My hope is that he comes back to the top, and that we get people re-acclimated to the fact that there is a 4-year-old missing boy out of Hampton.”

During Cory’s last appearance in court, we learned that his case was going to trial and that he was denied bond again for the fifth time.

With these new charges, Cory could face up to 162 years in prison.

“This case is not a prosecution…. it’s a modern-day lynching,” she said.

Matheny-Willard’s full statement can be read in full below:

“Today the Hampton Commonwealth’s Attorney announced a 30-count indictment against Cory Bigsby. The law enforcement cover up in this case is shocking, and the result is a desperate father sitting in jail while his son is missing. Because the Commonwealth’s Attorney knows that Cory is innocent, he cannot indict Cory for the disappearance of Codi Bigsby … because he is innocent. They locked him up, deprived him of a lawyer, and tortured him in an effort to secure a confession. They soon realized, a combat veteran turned innocent father doesn’t break, and he doesn’t confess to a crime he didn’t commit. When police realized Cory was innocent, they should have moved on to other potential suspects.

Instead, law enforcement doubled down. Our criminal justice system’s history is littered with cases like this, where the “ends justify the means” to arrogant police and prosecutors. As we see in case after case where corrupt police were able to obtain forced confessions – the state was wrong.

The Commonwealth is likewise wrong here, and in this case, Cory Bigsby withstood their torture techniques and refused to confess to a crime he didn’t commit. Today’s indictments carry one clear message: Cory Bigsby had nothing to do with Codi’s disappearance, and the Commonwealth’s failure to make a case is an admission to this fact.

The indictments at hand are absolute nonsense. The allegations against Cory could be made against any busy and struggling parent, as it seems the Commonwealth’s Attorney must be reminded that not everyone has a disposable income with which to hire day care or an Au Pair. The Commonwealth is desperate to convict Cory of something… anything… because they know that Mr. Bigsby will be filing complex federal litigation against the city to hold them accountable for their horrific conduct in this case. This case is not a prosecution… it’s a modern-day lynching.

Mr. Bigsby looks forward to his day in Court.”

Matheny-Willard says the Bigsby family will hold a press conference at 1 p.m. on Friday, July 15.

This story was originally published July 6 by WTKR in Norfolk, an E.W. Scripps Company.