OSCEOLA COUNTY, Fla.  — A father and son have been sentenced to life in prison for the 2019 murder of 33-year-old Nicole Montalvo. 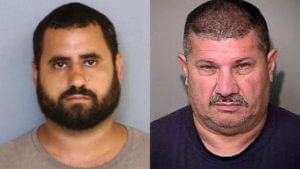 In April, a jury found Christopher Otero-Rivera and his father, Angel Rivera, guilty of killing and dismembering Montalvo. The victim was married to Otero-Rivera, and they shared a young son. They were reportedly going through a divorce at the time she was killed. Prosecutors argued the men murdered Montalvo to gain sole custody of the boy.

Montalvo was last seen alive in October 2019, and her remains were found days later on property belonging to the Rivera family, according to local news. During their trial, Otero-Rivera’s defense team tried to blame his father for the killing.

At their July 22 sentencing, Judge Keith Carsons reportedly said, “I cannot ignore the brutality of your efforts to cover up that crime, or the pain it brought the family of Nicole Montalvo.”