The body has been identified as Heather Rose Strickland, 34. She was last seen on December 5, leaving HCA Florida Largo Hospital in Largo. The FBI said Strickland was originally from North Florida but had spent the last five years in the Clearwater/St. Petersburg area. 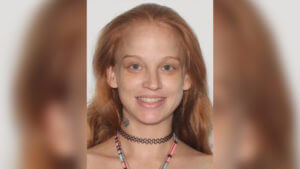 This undated photo provided by the FBI shows Heather Rose Strickland. Strickland’s body was found floating off the coast of Florida on Dec. 10, 2022. She was last seen Dec. 5. (FBI)

The body was discovered last Saturday after a fishing vessel initially reported seeing the body in the water, the U.S. Coast Guard said. Florida Fish and Wildlife Commission officials and the St. Petersburg Police responded to the call along with the Coast Guard.

“The body was found wrapped in bedding in a plastic trash bag,” according to the FBI.

The FBI took over the case because the body was found in international waters, but offered no more details about the investigation.

Federal officials asked if you have any information to help put together the events that led to Strickland’s death to call the FBI Tampa Field Office at 813-253-1000.

This story was originally published Dec. 16 by WFTS in Tampa Bay, an E.W. Scripps Company.