BALTIMORE (WMAR) — Federal prosecutors have charged a 21-year-old Baltimore man with setting a home on fire with his ex-girlfriend and two other people still inside.

Luther Moody Trent was previously arrested on state charges back in June of 2021. He ultimately agreed to a plea deal that required him to spend less than six months behind bars. The arson happened overnight on May 21, 2021 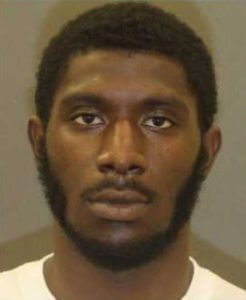 Investigators determined the fire was purposely set from under the deck in the back of the home. Flames spread from the deck and into the home, before extending to an enjoining property.

The fire caused severe property damage but no one was hurt. One of the three victim’s inside was Trent’s ex-girlfriend. Prior to the fire, she told police that Trent had been sending her threatening messages, despite having a protective court order against him.

Baltimore Police had been familiar with the couple because they had been to the house before over reports of domestic violence. One detective pulled up video of the prior incident, and realized that Trent actually came back to the scene of the fire and gave a fake name as police were investigating.

Area surveillance captured some of the fire, which showed a person matching Trent’s description along with a vehicle he was known to drive circling the area.

In court documents, federal prosecutors cite an interview Trent did with a Baltimore news outlet after he’d been released from prison. During that interview Trent admitted to starting the fire, and compared his relationship with the victim to Romeo and Juliet, saying “If I can’t have her, nobody can, or at least nobody in Baltimore.”

Trent also addressed the lenient sentence he received in state court, saying he should “not be out right now,” and that it sent the wrong message to would-be criminals.

If convicted in federal court, Trent faces a mandatory minimum of five-years behind bars.

This story was originally published Feb. 4, 2022, by WMAR in Baltimore, an E.W. Scripps Company.