DUBLIN, Calif. (AP) — Authorities say actress Felicity Huffman has been released from a federal prison in California on the 11th day of a 14-day sentence for her role in the college admissions scandal.

The U.S. Bureau of Prisons says the “Desperate Housewives” star was released from the low-security prison for women in the San Francisco Bay Area on Friday morning. 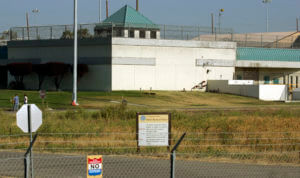 Under prison policy, inmate scheduled for weekend release are let out on Friday.