BOSTON (AP) — A member of a fishing boat pleaded guilty March 9 to killing a fellow crew member and attacking others with a knife and hammer while at sea in 2018, federal prosecutors said.

Franklin Freddy Meave Vazquez, 27, pleaded guilty to one count of second-degree murder, one count of attempted murder and one count of assault with a dangerous weapon. Sentencing is scheduled for June 28.

The attack occurred Sept. 23, 2018, on the Virginia-based fishing vessel, The Captain Billy Haver, as it was sailing about 55 miles (90 kilometers) off the coast of Nantucket with seven crew members aboard, including Vazquez and the three victims. 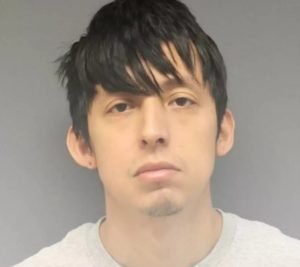 Inside the ship’s shucking house, Vazquez used a hammer to strike his first victim in the head, knocking the victim unconsciousness, investigators said.

He then walked out onto the deck and stabbed a second victim multiple times with a long fillet knife.

A third victim who climbed up from the ice hold was struck in the head by Vazquez with a hammer and fell back down the ladder, bleeding from his head.

Vazquez then struggled with the vessel captain before climbing to the top of the rigging mast.

The captain placed a call on the distress channel, and the German cruise ship Mein Schiff 6 responded, taking two injured fishermen on board, prosecutors said. The crew member with stab wounds was pronounced dead by the ship’s doctor.

Vazquez remained at the top of the mast until the Coast Guard arrived that evening and took him into custody.

The victim stabbed by Vazquez died. The other two victims survived.

Vazquez is a Mexican citizen and had been living in the U.S. illegally, investigators said.

Vazquez will be subject to deportation proceedings after finishing any sentence imposed.