JUPITER, Fla. (WPTV) — A Palm Beach County teacher is under arrest after authorities said he committed sex crimes with a minor two years ago.

According to the School District of Palm Beach County, Daniel Norment, 41, is a math teacher at Independence Middle School in Jupiter.

Jail records show Norment was arrested around 5 p.m. Tuesday on charges of unlawful sexual activity with a minor and a sex offense against a student by an authority figure. 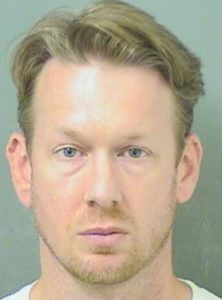 In court Wednesday, a judge said the victim was “16 or 17” at the time of the crime.

In a letter to parents Tuesday, Principal Amber Saunders confirmed Norment’s arrest, saying the teacher was reassigned to a “non-student contact position away from the school in March” after school district police received a complaint about Norment.

The complaint involved “an incident that the complainant said occurred two years ago when she was a minor,” Saunders wrote in her letter.

Saunders couldn’t provide any additional details due to confidentiality reasons, but said Norment has worked at Independence Middle School for about six years.

This story was originally published May 11, 2022 by WPTV in West Palm Beach, an E.W. Scripps Company.