RIVERSIDE, Iowa (AP) — A former southeastern Iowa high school teacher has been charged with sexual exploitation by a school employee after police say he sexually abused an underage girl who was a student at the school. 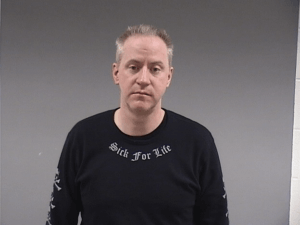 Investigators say Rapier was a teacher at Highland High School in Riverside when the sheriff’s office received a report in December of a possible sexual abuse case involving a child.

An investigation uncovered that Rapier was involved in a sexual relationship with the teen, the sheriff’s office said.
If convicted, Rapier faces up to five years in prison.