Lauren Rose Cavness, 27, of Tishomingo, appeared Wednesday before Tishomingo County Circuit Judge Kelly Mims, the Northeast Mississippi Daily Journal reported. He sentenced her to 71 years for three felony charges but suspended most of it. Because she was in a position of trust, Cavness must serve the whole eight years and cannot seek time off for good behavior. 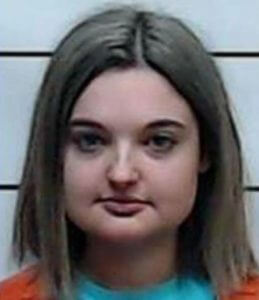 Cavness apologized to her victims and their families in court, saying her behavior brought “immense shame” to her family, her community and the profession.

“My actions were unethical and unprofessional, to say the least,” she said.

Defense attorney Tony Farese said he had hoped for a lighter sentence, “but think we received a fair sentence.”

In September, Cavness pleaded guilty to sexual battery of a child under her care, possessing a sexually explicit photograph of a child and contributing to the delinquency of a minor.

According to evidence presented Wednesday, Cavness, then 24, had sex with two 16-year-old boys. Investigators found a photograph of one boy’s genitals on her phone, leading to the second charge. Her phone also had texts with adult friends in which she admitted the relationships.

“She knew it was wrong but she continued to do it over and over,” said Amanda Fritz, who prosecuted the case for the attorney general’s office. “She was supposed to help these kids, but she did the exact opposite.”

“She said (one of the victims) was aggressive, threatening and intimidating,” Ciocca said. “She had symptoms of post traumatic stress disorder from (him) threatening to disclose their relationship if she didn’t continue (to have sex).”

Judge Mims said Cavness should be commended to wanting to go into social work to help others, noting that she had taken clients to buy clothes and school supplies.

“I can’t believe anyone who went through high school and college didn’t know the simple rule that you don’t get to have sexual relations with the people you are charged to serve,” Mims said. “You broke the trust, faith and confidence the state of Mississippi put in you as a CPS worker.”