That decision Wednesday by the Sixth U.S. Circuit Court of Appeals marks another step forward for plaintiffs who have argued that their unsettled cases should proceed. 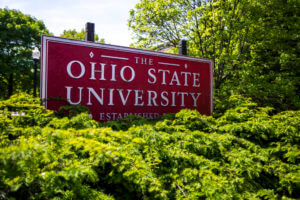 FILE – A sign for Ohio State University stands in Columbus, Ohio, on May 8, 2019. An appeals court panel’s decision issued Wednesday, Dec. 14, 2022, that revived unsettled federal lawsuits against Ohio State University over decades-old sexual abuse by a team doctor will not be reconsidered by the full court. (AP Photo/Angie Wang, File)

A judge had dismissed most of those unsettled cases, saying it’s clear that the late Richard Strauss abused hundreds of young men but that the legal time limit for claims had long passed. Some of those survivors argued that the clock on the claims didn’t start until allegations became public in 2018 because they didn’t have reason before then to believe the university had enabled or covered up his behavior.

A three-judge panel of the Sixth Circuit agreed and reversed the judge’s decision in September. The school then asked the full court to rehear the matter, and several other universities echoed that request.

When the court denied it on Wednesday, a few of the Sixth Circuit judges dissented. An opinion written by one of them, Judge Chad Readler, raised concern that the decision would wrongly broaden the scope of Title IX and give plaintiffs more time to file lawsuits for violations under that 50-year-old law, which was meant to ensure gender equity in education.

A school spokesman said OSU was reviewing the decision and had no other comment.

The university has reached over $60 million in settlements with at least 296 survivors and has issued public apologies for anyone Strauss harmed.