ATLANTA (AP) — Georgia’s highest court Tuesday affirmed a lower court decision that declined to quash the indictment of a former Atlanta police officer who’s charged with murder in the shooting death of a 22-year-old man who was driving out of an apartment complex. 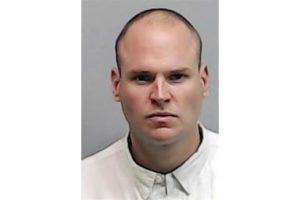 Former officer James Burns argued the grand jury proceedings that led to his indictment in 2018 should have been held under rules in effect when the shooting happened. Those rules allowed a police officer accused of a crime to sit in on grand jury proceedings and to make a statement without being questioned. A law curtailing officers’ special grand jury privileges went into effect less than two weeks after the shooting and the Georgia Supreme Court said it was proper to use the amended rules.

Burns, who is white, shot and killed Deravis Caine Rogers, who was Black, on June 22, 2016. Burns was responding to an off-duty officer’s report of a suspicious person when he fired into Rogers’ vehicle. Burns told investigators the driver was “trying to run me over and kill me.” Police dash camera video released by attorneys for Rogers’ family showed the car swerved around the officer’s vehicle and was not driving at him when the officer opened fire.

Burns’ lawyer, Drew Findling, has said his client raced through traffic to help a fellow officer in trouble and arrived to see a car parked against traffic pulling away and refusing to stop. The whole thing happened within four or five minutes, he said when Burns was initially indicted in 2016.

Burns was fired just over a week after the shooting after an internal investigation found he used unnecessary and excessive force.

Before the law was changed, Georgia law granted police officers charged with crimes special rights during grand jury proceedings. An officer was allowed to sit in on the entire proceeding and make a statement at the end that prosecutors could not question. Georgia was the only state in the country that gave officers such privileges.

Changes that took effect July 1, 2016, still allow officers to make a statement, but if they do, they must answer questions from prosecutors or members of the grand jury. They also are no longer allowed to sit in on the rest of the proceeding.

A grand jury indicted Burns on Aug. 31, 2016. According to the Supreme Court opinion, the old grand jury rules were used and Burns took advantage of his right to be present with his lawyer and to give a statement that was not subject to cross-examination.

Then-Fulton County District Attorney Paul Howard dropped that indictment in July 2018 citing legal concerns about how the case was originally presented to the grand jury. A second grand jury indicted Burns on Sept. 5, 2018, on charges of felony murder, aggravated assault and violating his oath of office. That grand jury proceeding was held using the amended rules, and Burns did not ask to testify before the grand jury, according to the Supreme Court opinion.

Since the shooting happened before the amended grand jury rules took effect, Burns argued he should have had the right to be present during the presentation of evidence to the grand jury and to make a statement without being cross-examined.

The 2016 amendments do not grant any substantive rights that did not exist before but rather are procedural changes, Justice Verda Colvin wrote in Tuesday’s opinion.

“(T)he 2016 amendments merely changed the procedures for providing notice of a grand jury hearing to an accused police officer and the procedures under which an accused officer may be present during and provide evidence by sworn testimony at that hearing,” she wrote. “While these may be important and valuable rights, they are procedural, not substantive, in nature.”

Since the amended rules were in effect at the time of the grand jury proceeding, they governed that proceeding, she added.