MOSCOW (AP) — American basketball star Brittney Griner has been sent to a penal colony in Russia to serve her sentence for drug possession, her legal team said Wednesday.

A Russian court rejected an appeal of her nine-year sentence last month. The eight-time all-star center with the WNBA’s Phoenix Mercury and a two-time Olympic gold medalist was convicted Aug. 4 after police said they found vape canisters containing cannabis oil in her luggage at Moscow’s Sheremetyevo Airport. 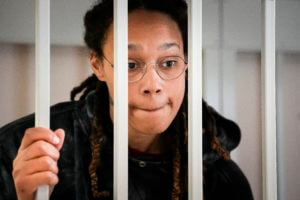 Her arrest came at a time of heightened tensions between Moscow and Washington, just days before Russia sent troops into Ukraine, and the politically charged case could lead to a high-stakes prisoner exchange between Washington and Moscow.

“Every minute that Brittney Griner must endure wrongful detention in Russia is a minute too long,” White House Press Secretary Karine Jean-Pierre said. “As we have said before, the U.S. Government made a significant offer to the Russians to resolve the current unacceptable and wrongful detentions of American citizens.”

Griner’s legal team said she left a detention center outside Moscow on Nov. 4 for a penal colony — as prisons in Russia are commonly known. The move was expected since she lost her appeal.

Such transfers can take days or even weeks, during which time lawyers and loved ones usually don’t have contact with the prisoner. Even after she arrives, access to Griner may be difficult since many penal colonies are in remote parts of Russia.

Her lawyers said Wednesday that they did not know exactly where she was or where she would end up — but that they expected to be notified when she reached her final destination.

In a statement stressing the work being done to secure Griner’s release, U.S. Secretary of State Antony Blinken insisted that Russian authorities give the embassy regular access to Griner, as they are required to do.

A senior State Department official, who spoke to reporters on condition of anonymity due to the sensitivity of the case, said the Russians had not notified American diplomats of Griner’s transfer ahead of time and had not yet responded to queries from the U.S. embassy in Moscow about either her current whereabouts or ultimate destination. 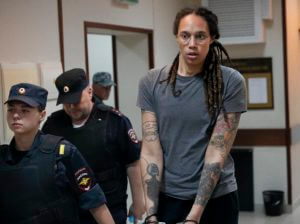 FILE – WNBA star and two-time Olympic gold medalist Brittney Griner is escorted from a courtroom after a hearing in Khimki just outside Moscow, Russia, on Aug. 4, 2022. The jailed American basketball star has been moved to a penal colony in Russia, her legal team said Wednesday, Nov. 9, 2022.(AP Photo/Alexander Zemlianichenko, File)

In many penal colonies, prisoners work for minimal pay, and dissidents and other countries have denounced the conditions of those held. Imprisoned Russian opposition leader Alexei Navalny went on a hunger strike to protest his treatment, including officials’ refusal to give him the right medicines and to allow his doctor to visit him behind bars.

He also protested the hourly checks a guard makes on him at night, saying they amount to sleep deprivation torture.

Griner, 32, who was detained while returning to play for a Russian team during the WNBA’s offseason, has admitted that she had the canisters in her luggage. But she testified that she had inadvertently packed them in haste and that she had no criminal intent. Her defense team presented written statements that she had been prescribed cannabis to treat pain.

The Associated Press and other news organizations have reported that Washington has offered to exchange Griner and Paul Whelan — an American serving a 16-year sentence in Russia for espionage — for Viktor Bout. Bout is a Russian arms dealer who is serving a 25-year sentence in the U.S. and once earned the nickname the “merchant of death.” 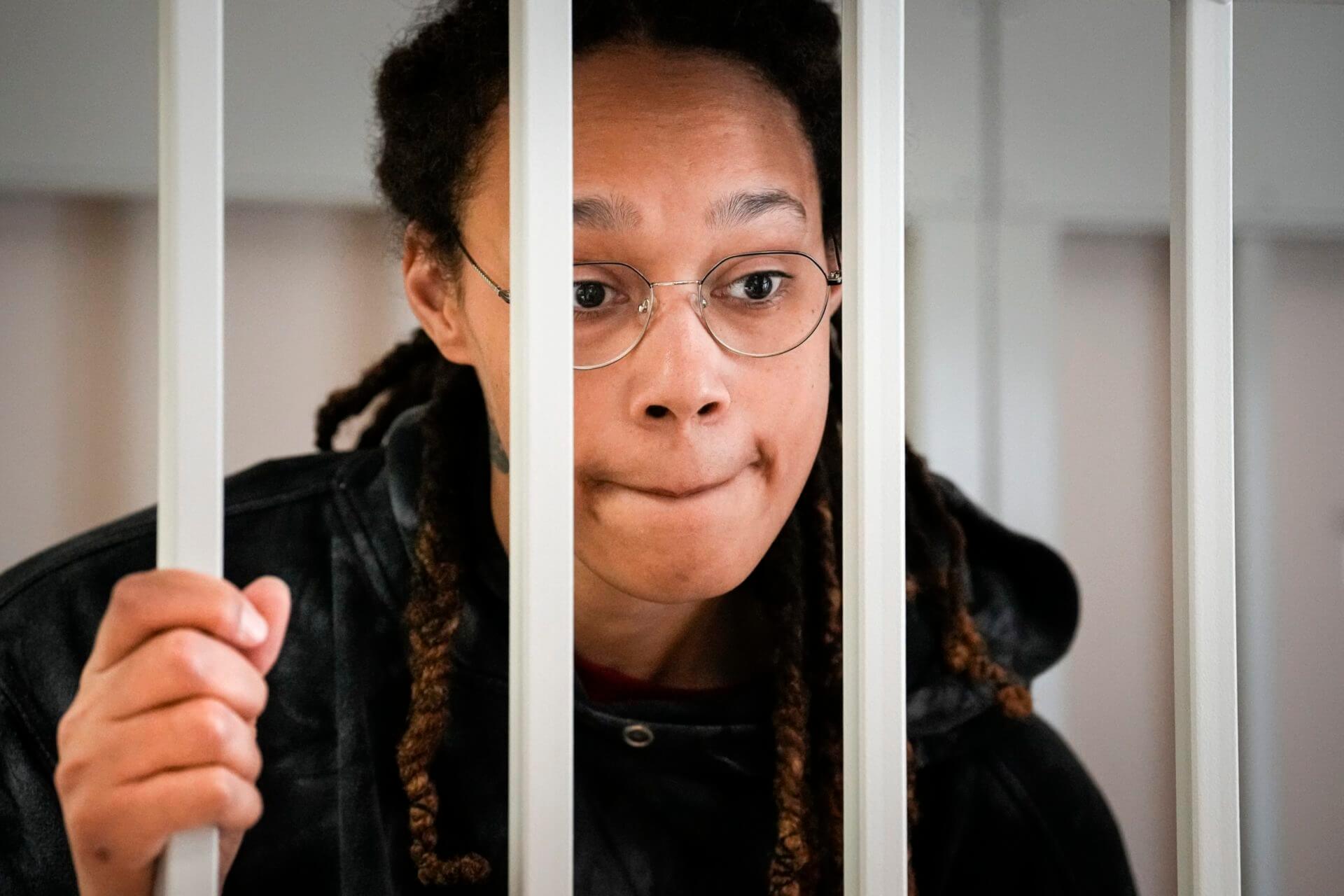