NORTH PORT, Fla. (WPTV) — A lawsuit filed by the parents of Gabby Petito against the parents of her suspected killer, Brian Laundrie, will head to court for the first time Wednesday.

Judge Hunter W. Carroll will hear arguments from both sides after attorneys for Chris and Roberta Laundrie submitted a motion to dismiss the lawsuit that was filed in March by Petito’s parents, Joe Petito and Nichole Schmidt.

If the case is not dismissed, it is expected to head to trial some time next year. Petito’s family is seeking damages of at least $100,000.

In their lawsuit, Petito’s family claims the Laundries knew their son murdered Gabby “on or about” Aug. 28, but didn’t tell detectives, refused to help the investigation and went on vacation.

Gabby went missing last summer while on a road trip with her fiance Brian. Police say Brian returned to the couple’s North Port, Fla. home, where his parents also live, on Sept. 1. 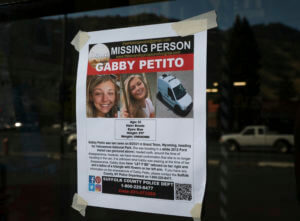 On Sept. 6. the Laundrie family went to a campground about 75 miles away from their home, according to county officials.

On Sept. 11, Petito’s family reported her missing after not being able to get in touch with her. North Port authorities went to the Laundrie’s home that night and asked to speak to Brian and his family, but were rebuffed.

Gabby’s remains were found on Sept. 18 in a national park in Wyoming.

After a 30-day search for Brian, his body was found at Florida’s Carlton Reserve on Oct. 20. Investigators say he killed himself and left a note that said he also killed Petito.

The FBI concluded that Laundrie strangled Petito during their cross-country trip and that Laundrie died of a self-inflicted gunshot wound to the head.

This story was originally published June 22 by WPTV in West Palm Beach, an E.W. Scripps Company.