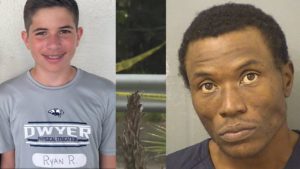 The teen was an avid soccer enthusiast who was found dead Nov. 16 near the Central Boulevard sidewalk at the Interstate 95 overpass, less than 24 hours after his mother reported him missing, police said.

Another hearing in the case is set for April 20.

Judge Charles E. Burton will still have to make a final ruling on Williams’ competency.

Prosecutors said in January they will seek the death penalty if he is convicted.

This story was originally published April 6 by WPTV in West Palm Beach, an E.W. Scripps Company.