SPOKANE, Wash. (AP) — Four University of Idaho students who were found dead in a rental house last Sunday were stabbed to death in their beds and likely were asleep when the attacks occurred, the Latah County coroner told a cable news channel on Friday.

“It has to be somebody pretty angry in order to stab four people to death,” Mabbutt told NewsNation.

Efforts to reach Mabbutt by telephone on Friday were diverted to an Idaho State Police spokesman, who did not immediately return messages.

Mabbutt’s comments expanded on the autopsy reports released on Thursday, which concluded the four students were murdered by being stabbed to death.

The killings have shaken Moscow, an Idaho Panhandle town of 25,000 residents that last saw a homicide about five years ago. The leafy college town is about 80 miles (129 kilometers) south of Spokane, Washington.

Officers have not identified a suspect or found a weapon, Moscow Police Chief James Fry has said. 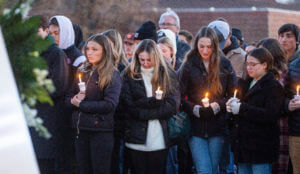 Boise State University students, along with people who knew the four University of Idaho students who were found killed in Moscow, Idaho, days earlier, pay their respects at a vigil held in front of a statue on the Boise State campus, Thursday, Nov. 17, 2022, in Boise, Idaho. Autopsies performed on the four students who were found dead inside a rental house near campus showed that all four were stabbed to death, the Latah County coroner said. (Sarah A. Miller/Idaho Statesman via AP)

All four victims were members of fraternities and sororities: seniors Madison Mogen, 21, of Coeur d’Alene, Idaho, and Kaylee Goncalves, 21, of Rathdrum, Idaho; junior Xana Kernodle, 20, of Post Falls, Idaho; and freshman Ethan Chapin, 20, of Mount Vernon, Washington. The women were roommates. The bodies were found around noon Sunday.

Police have said evidence found at the scene leads them to believe that the students were targeted, though they haven’t given details. Investigators say nothing appears to have been stolen from the victims or the home.

After initially saying there was no ongoing danger, police walked that back on Wednesday. “We cannot say that there is no threat to the community,” Fry said. “We still believe it’s a targeted attack. But the reality is there still is a person out there who committed four very horrible, horrible crimes.”

Two other people were found in the sprawling house, unharmed. Fry declined to say whether they were able to provide an account of the killings, or to specify who called 911. There was no sign of forced entry at the home, according to the chief, and a door was found open by the first police officers to arrive. 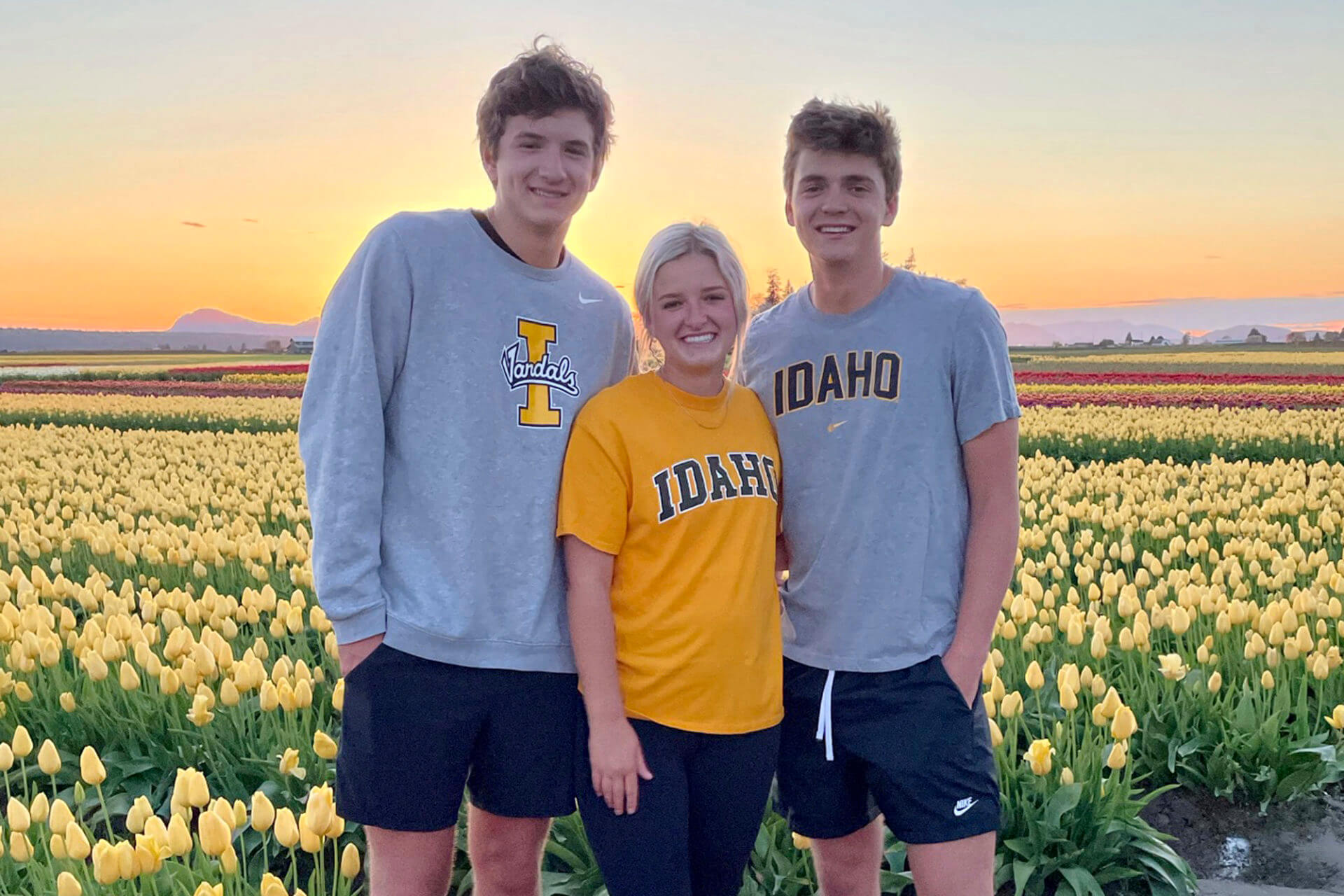 In this photo provided by Stacy Chapin, triplets Ethan, Maizie and Hunter Chapin pose in front of a tulip field in La Conner, Wash., in April of 2021. Ethan Chapin was one of four University of Idaho students found stabbed to death in a home near the Moscow, Idaho campus on Sunday, Nov. 13, 2022. Police are still searching for a suspect in the case. (Stacy Chapin via AP)
MORE NEWS