FOWLER, Ind. (AP) — A western Indiana man is accused of dismembering his girlfriend with a chain saw and putting her remains in trash bags after she died while they were smoking methamphetamine.

Edward A. Bagwell, 60, was charged July 8 with abuse of a corpse and failure to report human remains. He’s being held at the Benton County Jail on a $300,000 bond. 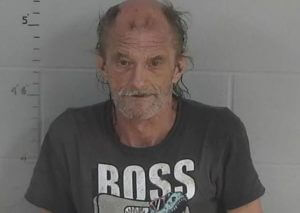 According to a probable cause affidavit filed by prosecutors, Bagwell told Indiana State Police detectives that he and Rita Spigner smoked methamphetamine and then she began acting erratically and scratching at his leg. He said he slapped Spigner in the head to get her to stop, but she fell and began convulsing and he later found her dead, court records state.

Bagwell told officers he used his electric chain saw to cut off Spigner’s legs and placed them in one trash bag, and her torso in another, according to the affidavit.

Bagwell told a friend what he had done, and that friend called the police, according to the affidavit. Benton County deputies arrived at Bagwell’s home in Ambia, a small town just east of the Illinois border, on July 3 and found Spigner’s bagged remains.

Online court records do not list an attorney who can speak on behalf of Bagwell.