GOSHEN, Ind. (AP) — An Indiana man has been sentenced to 115 years in prison for fatally stabbing a college professor and leaving the man’s wife with nearly two dozen stab wounds during a home invasion in 2011.

An Elkhart Circuit Court judge on Monday sentenced Winston Corbett, 25, to 65 years for murder and 50 years for attempted murder, with the terms to run consecutively. 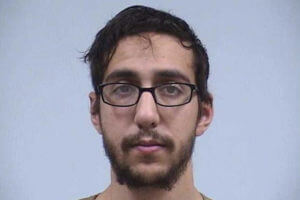 Corbett was 16 in October 2011 when he fatally stabbed James Miller. The 58-year-old biology professor had gone to the aid of his wife, Linda, who was stabbed 23 times but survived the late-night attack at their home in Goshen in northern Indiana, The Elkhart Truth reported.

There were no credible suspects for years after the attack, but Corbett was formally charged in November 2018 based on DNA found at the scene.

Elkhart County Prosecutor Vicki Elaine Becker said Monday that “this crime would not likely have been solved” without police investigators who worked with Parabon NanoLabs, Inc., to use genetic genealogy to tie the crime to Corbett. Two samples were recovered containing a mixture of Corbett’s and James Miller’s DNA, along with evidence containing only Corbett’s DNA.

Miller’s widow, sister and two daughters testified via video during Monday’s virtual hearing. Linda Miller said her husband’s slaying has left her with “a deep and enduring pain.”

Corbett, who did not address the court under the advice of his attorney, indicated that he intends to appeal his conviction and sentence.