BOWLING GREEN, Fla. (AP) — A Florida man who spent the last 37 years in prison on a rape and murder charge was released Thursday, hours after officials revealed dramatic new evidence that proved his innocence.

Robert DuBoise walked out of the Hardee Correctional Institution in Bowling Green, Florida, shortly after 2 p.m. With him were his mother and sister.

“It’s an overwhelming sense of relief,” Robert DuBoise told reporters outside the prison. “I prayed to God every day and hoped for it.”

The 56-year-old was serving a life sentence, having been convicted in 1983 for the murder of 19-year-old Barbara Grams. She had been raped and beaten while walking home from her job at a Tampa mall. 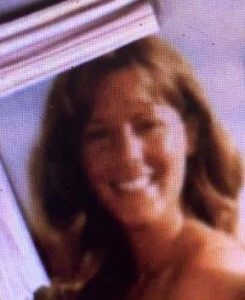 DuBoise’s conviction centered on one piece of evidence: an alleged bite mark on the victim’s face. A jailhouse informant’s testimony also helped convict him.

On Thursday, a lawyer from the Innocence Project and a lawyer from the Hillsborough County Conviction Review Unit spoke during an online court hearing and addressed the false evidence that led to DuBoise’s conviction. Experts proved the mark wasn’t from a bite, and the jailhouse informant was not credible.

Judge Christopher Nash ruled that DuBoise, who was serving his sentence in Hardee County, Florida, should be released immediately.

DuBoise said he will have to learn many modern things, such as how to use a computer and how to shop at a Walmart. But he added he bears no ill will toward those involved in his long incarceration.

“If you keep hatred and bitterness in your heart, you don’t have room for anything else,” he said. “I’m just very grateful.”

His mother, Myra DuBoise, said she prayed every day for this outcome.

“It’s a wonderful gift from the lord,” she said.

Harriet DuBoise, his sister, said it’s great to be able to hug her brother again.

“I always had faith. I always saw him getting out,” she said. “I never lost hope. Never.”

Teresa Hall, the supervising attorney for the conviction review unit — a team dedicated to reviewing potential wrongful convictions — said during an online court hearing that she spent months combing through 3,500 pages of documents in the case. She found that much of the physical evidence in the case had been destroyed. But she was able to track down rape kit evidence at the county medical examiner’s office and process that for DNA.

Within a week, that evidence excluded DuBoise. 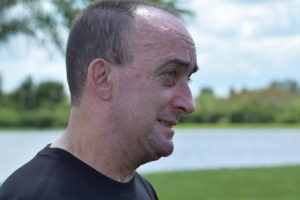 “Robert knew the DNA would vindicate him,” said Susan Friedman, the Innocence Project lawyer. “Even though he was told over a decade ago that the biological evidence was destroyed, he wouldn’t give up.”

The case has since been reopened and authorities have a suspect in Grams’ rape and murder. Hall said the person “does not pose a threat to public safety at this time.”

The state and defense are handling the process in two steps. The hearing Thursday was to reduce DuBoise’s sentence to equal the amount of time he already served behind bars. The judge also scheduled Sept. 14 to hear a motion to overturn DuBoise’s entire conviction.

“He is kind, patient and deeply committed to his faith,” Friedman said. “Today marks the first day that the system is starting to recognize what he has been saying or 37 years — that he is an innocent man, wrongfully convicted.”