LEXINGTON (WLEX) — The disappearance of Savannah Spurlock launched a firestorm of public interest, but after the man accused pleaded guilty to murder and other charges in 2020, there were still many questions unanswered.

The Kentucky State Police investigative file, which WLEX recently obtained, details the months-long multi-agency search and investigation that led to charges of murder, abuse of a corpse, and tampering with evidence being placed against 26-year-old David Sparks. Sparks later admitted to and pleaded guilty to all of the charges and was sentenced to serve 50 years.

Spurlock, a 22-year-old mother of four, was reported missing on January 4, 2019, after going to Lexington for her first night out since giving birth to twins a month prior. Not long after, police released images showing her leaving a Lexington bar with three men.

In the months that followed, investigators searched numerous locations and conducted multiple interviews in the search for the young mother. Ultimately, her body was found on July 10, 2019, buried in a clandestine grave on Sparks’ family’s Garrard County farm.

Around that same time Spurlock’s body was found, Sparks arrived at the Richmond Police Department without being asked to, locked his keys in his vehicle, and informed police he would need a public defender, according to a report in the case file.

The medical examiner noted while there was no remaining evidence of lethal trauma, the circumstances in which the body was found were suspicious. In another report, investigators noted that evidence of some types of trauma, like asphyxiation, could have been destroyed by the passage of time.

Both said that Spurlock was alive when they left the house after partying there, but did tell investigators that Spurlock had been in and out of consciousness while Sparks inappropriately touched her.

One of the men who’d left the house said that while they were leaving the other had asked him if they should’ve left Spurlock there. But both told investigators that at the time, they didn’t think Sparks would hurt her after they left. 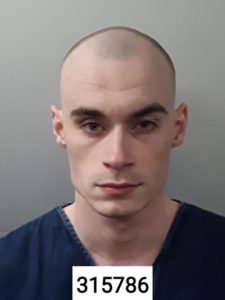 One of the men said that after the news of Spurlock’s disappearance, he’d encouraged Sparks to be honest about whatever happened after the two left the house that night.

One piece of evidence investigators highlighted in the file was obtained just days after Spurlock’s disappearance during the execution of a search warrant Sparks’ Lancaster home. It was a letter found on Sparks’ bedside table. Sparks admitted to writing the letter, which read in part:

“I simply don’t care at all. I feel no true love for anything, now that I know what I really am. I see a greater need to hide my true self, but I just want to be free. I stay in a constant state of aggression, nothing seems to help anymore. I have a abyss for a soul that sucks every attempt to make myself whole. I want my family to understand, maybe just to excuse my actions over the years, but how do you look your mother in the eyes and tell her you are a born psychopath? That she gave birth to a monster, someone who wouldn’t care a bit to squeeze the last breath out of another human, or plunge a knife into their chest and smile about it. My mother, the only person in the world that I never want to disappoint, yet I see it on her face everyday. What do I do?”

During an interview with police, Sparks and his attorney explained the letter saying Sparks suffered from depression and anger issues in the past, but that the letter was not relevant to the Spurlock case.

In the same search of Sparks’ Lancaster home, investigators noted that the house looked like it had recently been cleaned, with multiple walls looking like the bottom half had been wiped down, according to a report in the file. The report also said that what appeared to be blood spatter was found on some of the walls, including inside Sparks’ bedroom closet.

Police also obtained Snapchat messages Sparks had sent to a friend in the weeks following Spurlock’s disappearance in which he discussed the stress of being implicated in the case.

In one of the message exchanges, the friend asked Sparks if police had been going after the other two men as much as they had him. Sparks replied:

“Yeh they was at first but they got sorta cleared, I was admittedly the last person to see her … so yeh they been on my a**. I’m talking my phone is tapped my car is tapped they’ve followed me everywhere talked to girls I used to talk to, they tried to get my buddy from work to wear a wire around me and get me to start talking about the situation. S**** been crazy. They profiled me as a psychopath.”

In the exchange Sparks also quipped about the media coverage of the case, saying “the news has the story of the century: “2 black men and a white psychopath behind the disappearance of a sweet young innocent mother of 4” and they’re sticking to it.”

In the months after Spurlock went missing, investigators conducted multiple searches and while some turned up evidence, others were dead ends. There were aerial searches, searches of nearby burn piles, and at one point an hours-long search at a landfill for possible discarded evidence. The news coverage of Spurlock’s disappearance and the family’s pleas for information caused a frenzy of tips to be made to police, including some that were outlandish and unhelpful. 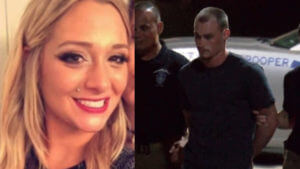 In the end, it was a tip from Sparks’ father that led to the end of the long and difficult search for Spurlock. He was digging in a strawberry patch on the family farm when he uncovered something that had a strong odor. When investigators arrived, they uncovered Spurlock’s body.

Around the same time Spurlock was found, Sparks was turning himself in to police.

After Sparks was arrested and before he pleaded guilty, a jail guard at the Lincoln County Detention Center sent to police drawings that were found in Sparks’ cell. The drawings depicted women, one naked and another bound.

Sparks is now being held in the Southeast State Correctional Complex.

Sabrina Speratos, Spurlock’s best friend and the godmother of her children, said she still has some questions.

“The whole situation, the whole story doesn’t add up,” Speratos said. “The whole story is still a mystery and I don’t think David Sparks … until he comes forward at one point in his life and tells us the story we will never know.”

In the years since Spurlock disappeared, her loved ones have made sure to keep her memory alive for her four children.

“There’s pictures, there’s blankets, songs, or Christmas ornaments,” Speratos said. “Every now and then we will take them to the gravesite … she’s there, most importantly she’s there for them.”

This story was originally published Feb. 14 by WLEX in Lexington, an E.W. Scripps Company.