SIGOURNEY, Iowa (AP) — An Iowa man was convicted Tuesday of killing a man last year and leaving his body burning in a ditch.

A jury found Steven Vogel, 32, of Grinnell, guilty of first-degree murder and abuse of a corpse in the death of Michael Williams, 44, whose body was found burning in a rural Jasper County ditch on Sept. 16, 2020. 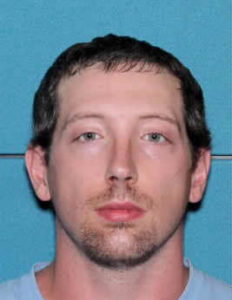 Vogel is scheduled to be sentenced Dec. 13.

Police believe Williams’ body was in Vogel’s basement in Grinnell for several days, The Des Moines Register reported. Testimony during the trial indicated Vogel told witnesses he killed Williams out of jealousy over a “love triangle” involving Vogel’s girlfriend.

Williams was Black and all four suspects are white. Authorities and the Iowa-Nebraska chapter of the NAACP have said there is no evidence to suggest Williams was killed because of his race.

Three other Grinnell residents — Julia Cox, Roy Garner and Cody Johnson — were charged with destroying evidence of the killing. Garner and Cox were also accused of abusing Williams’ corpse and helping Vogel transport Williams’ body. It wasn’t clear Tuesday if the three defendants have attorneys.

During closing arguments, Vogel’s attorneys suggested the killing was not premeditated and claimed prosecutors lacked DNA to prove the killing.