NEW YORK (AP) — The reaction of federal prison officials to Jeffrey Epstein’s suicide last year is to blame for onerous conditions a British socialite faces in jail while awaiting trial on charges that she procured teenage girls for Epstein to abuse a quarter-century ago, her lawyers said Tuesday.

Through the lawyers, Ghislaine Maxwell, 58, asked a judge to help improve her treatment in a Brooklyn federal lockup, saying “uniquely onerous conditions” limit her computer access and frustrate her ability to provide for a trial scheduled for next July.

FILE – In this Sept. 2, 2000 file photo, British socialite Ghislaine Maxwell, driven by Britain’s Prince Andrew leaves the wedding of a former girlfriend of the prince, Aurelia Cecil, at the Parish Church of St Michael in Compton Chamberlayne near Salisbury, England. The FBI said Thursday July 2, 2020, Ghislaine Maxwell, who was accused by many women of helping procure underage sex partners for Jeffrey Epstein, has been arrested in New Hampshire. (Chris Ison/PA via AP, File)

They said she should be housed in the general population at the Metropolitan Detention Center rather than under restrictions that would limit her time outside her cell to three hours a day.

“As a result of what occurred with Mr. Epstein, Ms. Maxwell is being treated worse than other similarly situated pretrial detainees, which significantly impacts her ability to prepare a defense and be ready for trial,” the lawyers wrote.

They said she is watched around-the-clock by security cameras and multiple prison guards, including individuals who do not seem to be usual staff workers.

“These prison guards constantly observe Ms. Maxwell and take notes on her every activity, including her phone conversations with defense counsel,” they said. “Until recently, Ms. Maxwell was subjected to suicide watch protocols, including being woken up every few hours during the night and being forced to wear special clothing.”

They said this was occurring even though she “has never been suicidal and was never diagnosed as exhibiting risk factors for suicide.”

Her cell is searched multiple times each day and she has been forced to undergo numerous body scans, the lawyers said. 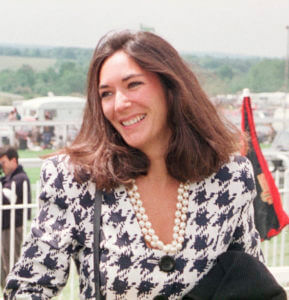 Maxwell is held without bail after U.S. District Judge Alison J. Nathan concluded days after her July arrest at a New Hampshire estate that she was a risk to flee.

The lawyers also asked Nathan to order prosecutors to reveal the identities of three women whose claims of sexual abuse by Epstein and Maxwell in the 1990s formed the basis of charges against her.

They said they need the identities to properly investigate their allegations of abuse at residences in New York, Florida, New Mexico and the United Kingdom.

The women were not identified in an indictment in Manhattan federal court that charged Maxwell with recruiting and grooming them for abuse when they were under the age of 18. The indictment, to which Maxwell has pleaded not guilty, alleges that one victim was 14 when she was recruited.

Maxwell’s lawyers noted that Epstein is alleged to have abused dozens, if not hundreds, of girls and women so it would be hard to guess which women were working with prosecutors.

The judge ordered prosecutors to respond to the letter from defense attorneys Mark Cohen Christian Everdell by Thursday.