OKLAHOMA CITY (AP) — A former Oklahoma zookeeper sentenced to 22 years in prison for his role in a murder-for-hire plot has filed a federal lawsuit seeking nearly $94 million in damages, claiming among other things that he was convicted based on false and perjured testimony. 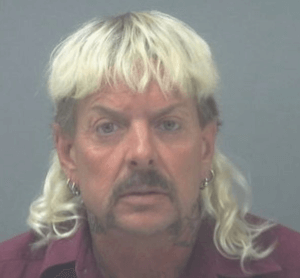 Joseph Maldonado-Passage, also known as “Joe Exotic,” filed the lawsuit March 17 in federal court in Oklahoma City. Among the defendants are the U.S. Fish and Wildlife Service, the U.S. Department of the Interior, the assistant U.S. attorney who prosecuted him and several witnesses in the case.

In the suit, Maldonado-Passage claims he was singled out for prosecution because he “is an openly gay male with the largest collection of generic tigers and cross breeds.”

A spokesman for the U.S. Attorney’s Office in Oklahoma City declined to comment on the lawsuit.

The blond mullet-wearing zookeeper, known for his expletive-laden rants on YouTube and a failed 2018 gubernatorial campaign, is prominently featured in the recently released Netflix documentary “Tiger King: Murder, Mayhem and Madness.”

Maldonado-Passage is currently housed at the Federal Medical Center, a 1,500-inmate facility in Forth Worth, Texas, prison records show.