YORK, Pa. (AP) — A Pennsylvania judge declined to dismiss some charges and suppress part of a statement by a woman accused of keeping her maternal grandmother’s remains in a freezer for a decade and a half and continuing to receive the dead woman’s Social Security checks for a portion of that time.

The York Daily Record reports that the York County judge on Friday rejected defense arguments that the statute of limitations had expired for charges of theft and receiving stolen property against 62-year-old Cynthia Black. 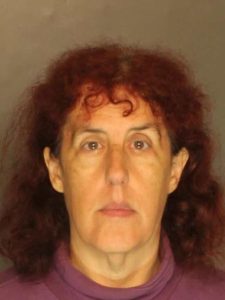 In July of last year, Black agreed to allow a judge to decide based on allegations in court documents whether there was enough evidence for trial, and prosecutors agreed in return not to add counts of neglect of a care-dependent person and unsworn falsification to authorities. Black is also charged with abuse of a corpse.

Police were summoned to a foreclosed home in Dillsburg in February 2019 after two potential buyers reported finding skeletal remains in a white chest freezer. DNA was used to identify the remains, which were in black garbage bags, as those of Glenora Reckord Delahay, born in 1906.

State police allege that Black told them she found her grandmother dead in their home in Ardmore in 2004 but kept the body in a basement freezer, which she moved to Dillsburg in 2007, and used federal Social Security payments to cover the mortgage. Police said Social Security paid $186,000 for Delahay from 2001 to 2010.

Defense attorneys argued that police should have read their client her Miranda rights when they interviewed her. Prosecutors argued successfully that law enforcement lacked “actual knowledge” of any crime until the remains were identified in 2020 and Black wasn’t in custody during her interview.

Earlier in the hearing, prosecutors conceded that the statute of limitations had expired on the original theft chrage but were able to add a new count.