HONOLULU (AP) — A Hawaii judge on Wednesday rejected murder and attempted murder charges against three Honolulu police officers in the fatal shooting of a teenager, preventing the case from going to trial.

District Court Judge William Domingo, in a ruling from the bench, said there was no probable cause that the officers committed the crimes they were accused of. 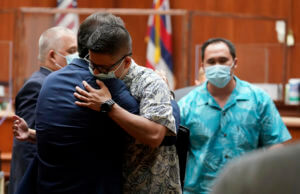 He noted the teenager, 16-year-old Iremamber Sykap, led the officers on a high-speed chase immediately before the April 5 shooting, refusing commands to stop. He said the incident only ended after Sykap was shot and the car fell into a canal.

Honolulu prosecutors filed charges against the three officers after a grand jury decided not to indict them, arguing a trial should be held regardless. It’s the first time in more than 40 years that a Honolulu police officer has been charged in a fatal shooting.

Officer Geoffrey Thom was charged with murder. Prosecutors said he fired 10 rounds at Sykap through the rear window of the car after it stopped at an intersection. Officers Zackary Ah Nee and Fredeluces, who also opened fire, were charged with second-degree attempted murder.

“If there was no pursuit in the beginning, and there were just people in the car and officers just came up and started shooting from behind without any type of provocation — but that’s not what we have here,” Domingo said.

The officers silently hugged their attorneys and supporters after Domingo spoke. A few supporters of the officers gasped in delight in courtroom, where spectators were required to sit 6 feet (1.8 meters) apart to observe pandemic social distancing guidelines.

The shots were fired after Sykap he weaved in and out of traffic while traveling up to 80 mph (130 kph) as he led police on a high-speed chase along highways and city streets. His brother was injured in the shooting.

The car came to a stop after being surrounded by police vehicles on a city street. The officers stood near the car, ordering the occupants to get out.

“The reasonable person would think, well, you know, is it over? And it’s not over at that point,” Domingo said. The judge said the car started moving again, putting the officers in danger, and that’s when Thom fired his weapon.

Police say the Honda was stolen and linked to an escalating series of crimes in the days prior, including a purse snatching, a burglary and an armed robbery. 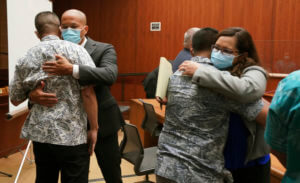 Deputy Prosecuting Attorney Christopher Van Marter had argued in court that the officers weren’t in danger at the time of the shooting. He said Thom displayed a breakdown in judgement, restraint and discipline in that there was no reason for him “to start blasting 10 rounds into that car.”

“We’re talking about taking a person’s life with a gun. A government employee. He’s supposed to be disciplined, exercise restraint, only do something if necessary,” Van Marter said.

Domingo’s ruling came after a preliminary hearing held to determine whether there was probable cause for the charges.

Malcolm Lutu, the president of State of Hawaii Organization of Police Officers, said in a statement that the police union was pleased that the legal system ruled in favor of the officers for a second time.

“Today isn’t a day of celebration, rather, it proves that the officers’ decision making was justified. It does not take away from the tragedy of what happened and the impact that it has on many families,” he said.

The Honolulu prosecutor’s office said it was “very disappointed” by the ruling. It said Prosecutor Steve Alm would hold a news conference on Monday to discuss the case.

Last month, a police evidence specialist testified that a pellet gun that looked like a firearm was found in the car Sykap was driving. Police said they also found two magazines, one with real ammunition and one that was empty. But they did not find real firearms in the car.

Police also testified that officers found a backpack several blocks away from the shooting that came from a suspect who fled the vehicle. The backpack contained an inoperable blank-firing revolver, which is similar to devices used as movie props or at track-and-field events.

Honolulu’s chief medical examiner testified that Sykap was hit by eight shots, including one to the back of the head and a fatal wound in the upper back, which tore his aorta. The medical examiner said toxicology results showed methamphetamine in Sykap’s blood.

The case comes a year after nationwide protests over racial injustice and police brutality in other parts of the U.S. Some in the Micronesian community say Sykap’s shooting highlights the racism they face in Hawaii.

Sykap was born in Guam, a U.S. territory, to parents who were from Chuuk in the Federated States of Micronesia. 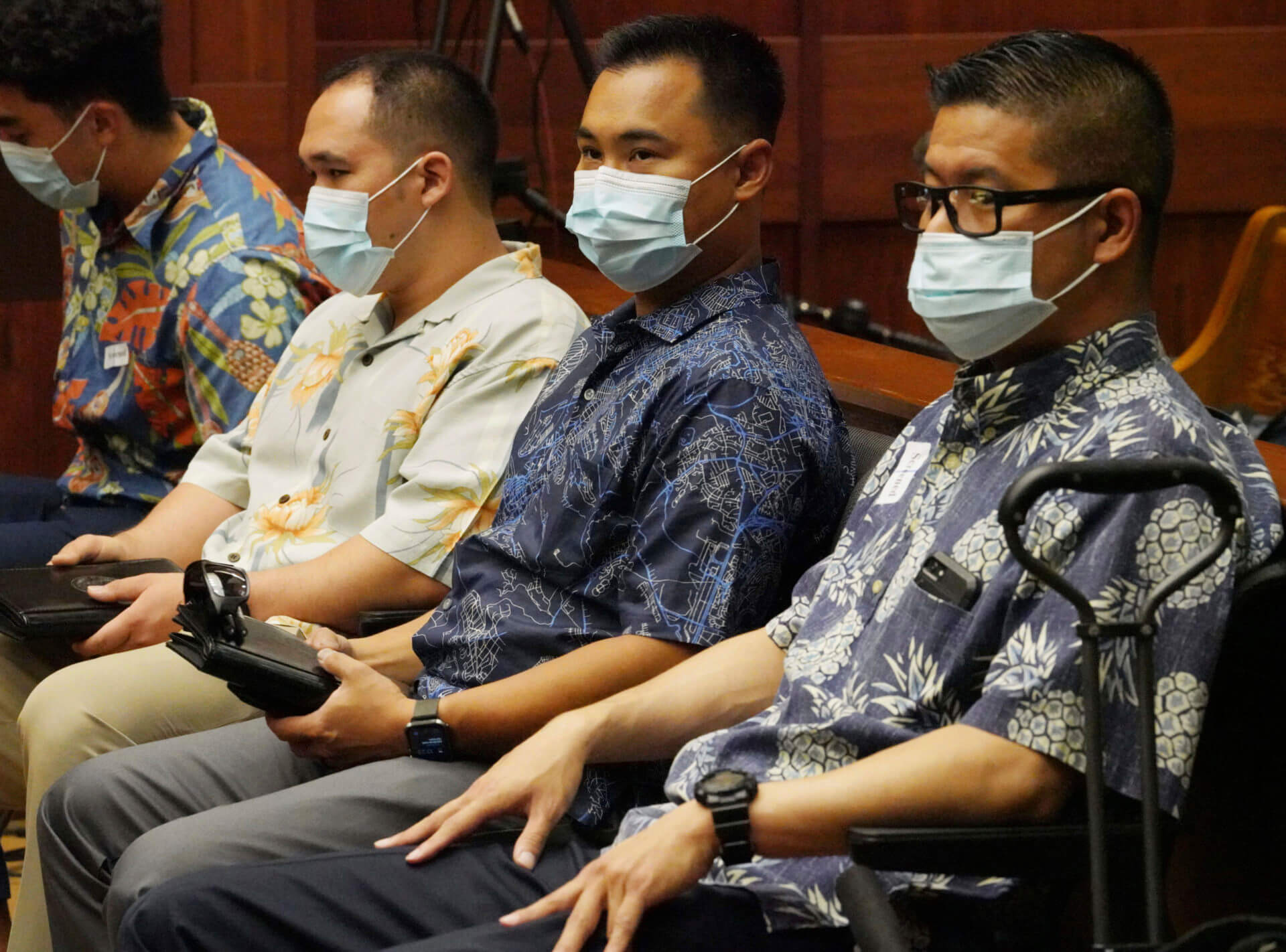