VENICE, Fla. (WFTS) — A Sarasota County judge ruled on Tuesday that another co-defendant may be added to the civil lawsuit filed by Gabby Petito’s parents.

The judge granted the motion filed by the Petito family asking the court to add the Laundrie’s family attorney, Steven Bertolino, to the lawsuit. 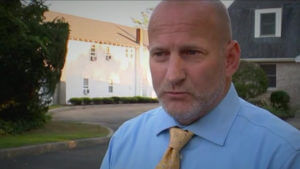 “Joseph Petito and Nichole Schmidt believe that Judge Danielle Brewer made the correct legal decision to allow them to join Attorney Steven Bertolino as a Defendant alongside Christopher Laundrie and Roberta Laundrie in the claim filed for intentional infliction of emotional distress. Now that all the living parties responsible for their emotional harm are joined, we look forward to moving the case forward to trial,” said Patrick Reilly, an attorney for the Petito family.

The lawsuit alleged Brian’s parents knew about the murder but did nothing to help. The lawsuit focused on statements made by the Laundrie’s family attorney, Steven Bertolino.

According to court documents, one statement read, “It is our understanding that a search has been organized for Miss Petito in or near Grand Teton National Park in Wyoming. On behalf of the Laundrie family, it is our hope that the search for Miss Petito is successful and that Miss Petito is reunited with her family.”

Jeffrey Swartz, a WMU-Cooley law professor and WFTS-TV legal analyst, said it is unusual for an attorney to be listed on a civil lawsuit. 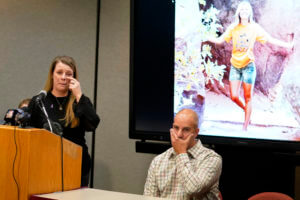 “What they’re trying to do is sue a lawyer, extensively going beyond the bounds of his representation of the people he was making public statements for, and that is a pretty difficult thing to do. They’re going to have to establish he knew what he said was a lie,” said Swartz.

“If he comes out and starts pushing the idea, we hope she’s found alive when he knows full well that she is dead, then there is some claim that he was committing a wrongful act on his own part because he was helping covering up a crime and that could also be part of their cause of action,” added Swartz.

An attorney for the Laundrie family said in court documents, “Pitting the Laundries and Mr. Bertolino as co-defendants undoubtedly creates a conflict because both have an interest in defending themselves to the potential detriment of the other. It invades the relationship between attorney and client, which is a foundational principle of our legal system.”

“The decision was not unexpected. This incident, like all others, will work out in the end. One way or the other.”

Bertolino has not said if he will file a motion to dismiss to try and get his name removed from the lawsuit.

This story was originally published Jan. 24 by WFTS in Tampa Bay, an E.W. Scripps Company.