COLLEGE PARK, Md. (AP) — A federal judge in Baltimore on Thursday dismissed a wrongful death lawsuit against Uber Technologies Inc. filed by the family of a rideshare driver who was killed by a passenger in 2019.

U.S. District Judge Catherine Blake ruled that Uber didn’t have a duty to conduct background screenings of passengers. The judge also concluded that the harm to Uber driver Beaudouin Tchakounte was not “sufficiently foreseeable” to the company even if it had known that the passenger who killed him had been convicted of robbery 21 years earlier. 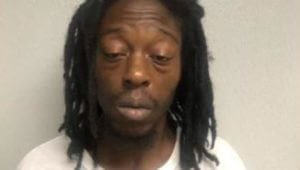 The passenger who shot and killed Tchakounte and a second passenger in Prince George’s County, Maryland, later told authorities that he was high on PCP.

Blake said Uber’s bonus system and algorithm places pressure on drivers to accept the rides that Uber chooses for them without knowing anything about a passenger beyond their first name or length of ride.

“Drivers are theoretically free to reject any ride they would like, but those attempting to make a living understand the precarious nature of that freedom in the face of a power imbalance and information asymmetry favoring Uber,” the judge wrote.

However, the judge said requiring Uber to screen passengers could impose the same duty on taxi dispatchers, plumbing businesses and other companies that send service providers to “a private shared space where there is some risk of interpersonal conflict or crime.” Blake added that she “hesitates to initiate such a significant expansion of duty absent a clear indication that it aligns with Maryland public policy.”

A spokesperson for the San Francisco-based company declined to comment on the ruling. A lawyer for Tchakounte’s family didn’t immediately respond to an email seeking comment.

On the evening of Aug. 27, 2019, Tchakounte was driving his personal vehicle with a passenger, 32-year-old Casey Robinson, when the Uber app matched them with a second passenger, Aaron Lanier Wilson, Jr. Wilson shot and killed Tchakounte and Robinson within minutes of getting into the car.

Wilson, now 45, was charged with first- and second-degree murder in the deaths of Tchakounte and Robinson, a construction and security worker. Wilson told authorities he doesn’t remember what happened during the ride because he was high on PCP.

In April 2021, a Prince George’s County judge sentenced Wilson to 50 years in prison after he pleaded guilty to killing both men, WJLA-TV reported.

The family’s lawsuit claims Uber owed Tchakounte the same “duty of care” that businesses owe their customers. Uber argued that it would be impossible to protect its drivers from “any and all harms,” the judge said.