DENVER (KMGH) — A man charged with shooting and killing three members of his family in 2019 was convicted on three counts of first-degree murder.

A Denver jury found Bustman Kartabrata, 62, guilty on all three charges after deliberating for just over three hours on Friday. 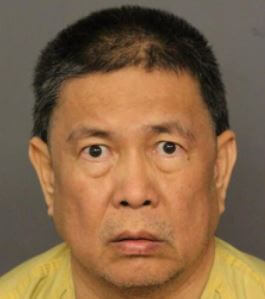 Joseph McDaniels, 48, Althea McDaniels, 37, and their daughter, Christine McDaniels, 11, were killed. The McDaniels’ 9-year-old son and another grandmother living at the home escaped, police said.

Kartabrata, who was married to Joseph McDaniel’s mother, shot and killed the family as Kartabrata’s wife sat in the car parked outside the family’s home.

The McDaniels were in the process of selling their home and packing up for an out-of-state move when Kartabrata and his wife came over for a visit.

After the visit, Kartabrata and his wife went back into their car and sat inside the vehicle for some time, the affidavit said.

Later, Kartabrata got out, knocked on the family’s door, and was let in under the impression that Kartabrata was looking for his wife’s purse she had left behind.

Kartabrata then pulled out a gun and started shooting, the affidavit said, shooting Joseph McDaniels first and then Althea McDaniels. Kartabrata then chased Christine McDaniels upstairs, the boy told police.

The boy ran out of the house through a kitchen door and saw his other grandmother jump out of a second-story window.

Kartabrata was also found guilty of menacing the surviving family member. He is scheduled to be sentenced Friday.

This story was originally published May 2, 2022 by KMGH in Denver, an E.W. Scripps Company.