KENOSHA, Wis. (AP) — A jury has been selected in Kenosha County Circuit Court to hear the case against a man charged with killing three people and wounding three others in a shooting at a crowded bar. 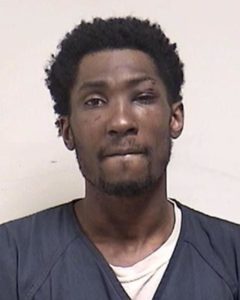 According to a criminal complaint, Vinson got in a fight at the bar and he was injured. Surveillance video shows him walking to the bar’s patio and opening fire before fleeing.

Killed were 24-year-old Cedric Gaston; 26-year-old Atkeem Stevenson; and 22-year-old Kevin Donaldson, all of Kenosha. The video shows Vinson exchanging fire with Donaldson outside the tavern. Donaldson left in a car but later died at a hospital, prosecutors said.

Justin Haymond, Jordan Momani and Kevin Serratos were wounded but survived, according to the criminal complaint.

Vinson was arrested in Mount Pleasant after he stole a car from friends, who turned him in after he returned the vehicle, according to Kenosha County Sheriff David Beth.

Somers is about 30 miles (50 kilometers) south of Milwaukee, not far from the Illinois-Wisconsin border.