LONDON, Ky. (WLEX) — A Kentucky man who has now been convicted twice in connection with a shooting death was sentenced Tuesday to 39-and-a-half years in prison.

Patrick Baker was first convicted in 2017 in state court of reckless homicide in the death of Donald Mills, Jr. He was sentenced to 19 years in prison, but then pardoned in 2019 by former Gov. Matt Bevin.

When Bevin pardoned Baker in 2019, he wrote that the evidence against Baker in the case had been “sketchy at best.” 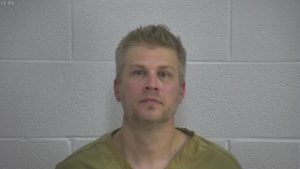 Authorities brought a new federal charge against Baker of murder during a drug trafficking offense, and Baker was convicted last August.

Federal District Court Judge Claria Horn Boom imposed a total sentence of 42 years in prison, and then gave Baker credit for 30 months he served in the related state conviction.

Baker’s attorneys filed a motion in November to attempt to prevent a sentence longer than 19 years, citing the federal case against him violated the “double jeopardy” clause of the Fifth Amendment, according to court records. In the motion, attorneys argued that any sentence greater than the 19 years he was given on his state court case would be “vindictive.” That motion was denied days before Baker’s sentencing.

This story was originally published Jan. 18, by WLEX in Lexington, an E.W. Scripps Company.