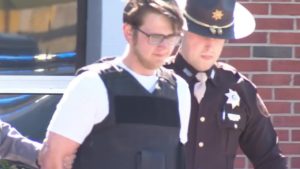 Gilday will answer to charges of capital murder, three counts of attempted murder, first-degree assault, first-degree burglary, and first-degree criminal mischief. He is accused of shooting and killing 32-year-old Jordan Morgan back in February while she was asleep.

He’s also accused of shooting her father, former state representative C. Wesley Morgan. The suspect was later arrested on Monday, February 28 after deputies found him walking along the exit 87 overpass on I-75, less than two miles from the family’s home. It took nearly a week for officials to locate Gilday.

This story was originally published April 13 by WLEX in Lexington, an E.W. Scripps Company.