KENTON COUNTY, Ky. (WCPO) — A Kentucky man will spend the next two decades behind bars after being handed the maximum sentence for possessing child pornography that the lead prosecutor described as “horrific.”

Emmanuel Curry, 21, was arrested in February 2021 after police found 69 files containing illicit images on his phone. 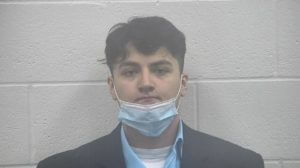 Some of the images included sexual abuse of infants so young they were still wearing hospital bracelets, according to a press release from the Kenton County Commonwealth’s Attorney Office.

“I prosecute monsters every day, and have seen some horrific evidence over the years, but I’ve never seen anything this sick and twisted,” Assistant Commonwealth’s Attorney Emily Arnzen said.

This process is often referred to as “reverse image searching.” Curry was allegedly using Bing to search for the images. According to a press release the search engine recognized the images as those known to depict the sexual abuse of children between two and four years old.

This story was originally published June 7, 2022 by WCPO in Cincinnati, an E.W. Scripps Company.