CLAY COUNTY, Ky. (WLEX) — A Kentucky woman pleaded guilty to the murder of her newborn baby during a court appearance Monday. 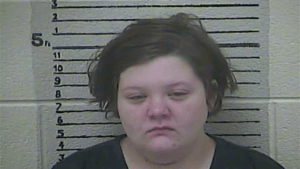 Amber Bowling will be sentenced on June 27. Her recommended sentence is 40 years.

Kentucky State Police said Bowling, 21 years old at the time, gave birth to a boy in December 2018. According to an arrest citation, Bowling placed the crying infant in a trash bag and threw it over the second-story banister of an apartment complex in Manchester. The newborn’s remains were found by neighbors.

In August 2019, a judge declared Bowling competent to stand trial, according to the Clay County Circuit Clerk.

The coroner said that an autopsy showed the infant died from injuries related to blunt-force trauma. Bowling’s arrest citation said that the infant had a cranial fracture, fractured ribs, and a brain bleed.

Bowling was indicted on one count of murder.

This story was originally published May 23 by WLEX in Lexington, an E.W. Scripps Company.