WEST PALM BEACH, Fla. (WPTV) — A woman accused of dressing up as a clown and killing her future husband’s wife more than three decades ago will remain in jail, despite an effort by her attorneys to have her released on house arrest while awaiting trial. 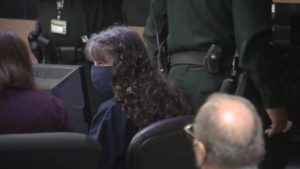 Sheila Keen-Warren speaks to her attorney during a hearing in advance of her murder trial, Oct. 21, 2022, at the Palm Beach County Courthouse in West Palm Beach, Fla. (John Bryja/WPTV)

It accompanied a series of rulings by Suskauer regarding Keen-Warren and her much-delayed murder trial.

Keen-Warren is accused of killing her lover’s wife while disguised as a clown in 1990. She was arrested in Virginia in 2017.

Defense attorneys filed several motions, which included asking Suskauer to sanction prosecutors for their “willful” disregard of the law as it relates to the recent discovery of the so-called “clown sighting file” – a 25-page file of clown sightings complied by the Palm Beach County Sheriff’s Office investigators initially assigned to the case.

Lead defense attorney Greg Rosenfeld argued in court earlier this month that his client would like to get out of jail to visit her 83-year-old mother, whom she hasn’t seen in five years.

“You know, this pre-trial delay is excessive and a lot of the pre-trial delay, aside from the discovery issues, was caused by the state waiting for 23 years to reopen this cold case,” Rosenfeld said. 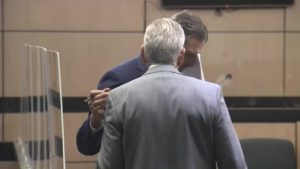 Although Suskauer agreed that the delays in the trial negatively impact Keen-Warren and the victim’s family members, he said the discovery of the file “was not willful conduct” on the part of chief Palm Beach County homicide prosecutor Reid Scott or Detective Paige McCann.

Scott said the state is not solely responsible for the trial delays, claiming that defense attorneys didn’t begin conducting discovery depositions until 631 days after the indictment was filed. He also noted that the court didn’t conduct a murder trial for nearly 18 months because of the COVID-19 pandemic.

Scott’s response to the defense motion also refuted the defense’s claim that the “clown sighting file” was found at the state attorney’s office. Rather, Scott said, the file was discovered by McCann at the Palm Beach County Sheriff’s Office.

“The court expects the state to continuously seek out the material requested by defendant and to comply with its continuing duty to disclose evidence, which includes evidence held by other state agents,” Suskauer wrote.

A status hearing is now scheduled for Dec. 22, at which time a new trial date will likely be set.

As Suskauer warned prosecutors in an Oct. 21 hearing, further delays won’t be tolerated.

“When this case is set for trial the next time, I can’t have this continued again,” he said.

This story was originally published Oct. 31, 2022 by WPTV in West Palm Beach, an E.W. Scripps Company.