LAS VEGAS (KTNV) — A Las Vegas man accused of providing a 13-year-old girl with drugs, which police say led to her death, has pleaded guilty in court and now faces seven to 20 years in prison.

Marcus Crowley entered a guilty plea on the charges of Voluntary Manslaughter with Use of a Deadly Weapon and Sexually Motivated Coercion on Wednesday. 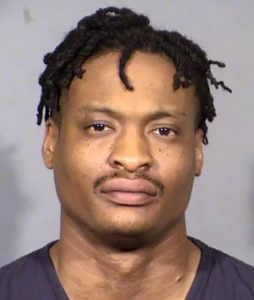 “A person who puts a fatal drug in the hands of a child bears responsibility for that child’s death,” said Clark County District Attorney Steve Wolfson in a press release.

“Drug overdose deaths (primarily fentanyl) have reached epidemic proportions, topping 100,000 annually across the United States. One way we are trying to combat this is by holding accountable those who are supplying these drugs. There is no way for a person to know if a drug they are taking is laced with something deadly like fentanyl. We must do everything we can to keep this from happening to another person in our community—especially a child.”

Crowley is scheduled to be formally sentenced on April 20.

This story was originally published Feb. 16, 2022, by KTNV in Las Vegas, an E.W. Scripps Company.