BENGHAZI, Libya (AP) — One of Libya’s rival prime ministers admitted Thursday that his government was involved in the extradition to the U.S. of a former Libyan intelligence officer accused of making the bomb that downed Pan Am Flight 103 over Lockerbie, Scotland, in 1988, killing all onboard. 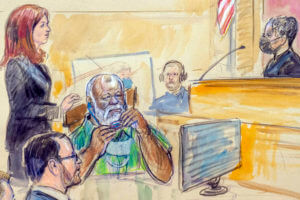 U.S. authorities announced they had arrested former intelligence officer Abu Agila Mohammad Mas’ud Kheir Al-Marimi on Sunday. The next day, Mas’ud appeared at a federal court in Washington and was charged with an act of international terrorism. U.S. officials did not explain how he was taken into their custody.

In a televised broadcast Thursday evening, Libyan Prime Minister Abdul Hamid Dbeibah said Mas’ud’s extradition was lawful and his government was simply cooperating with an ‘’international judicial framework to extradite accused citizens.” It was his first comment on the extradition.

In a 20-minute speech, Dbeibah named Mas’ud as the bombmaker for the Lockerbie attack that killed 270 people and said that Libya ‘’had to wipe the mark of terrorism from the Libyan people’s forehead.’’ He provided no hard evidence for any of his allegations and did not elaborate on his government’s role in Mas’ud’s handover.

The U.S. and Libya have no formal extradition agreement.

Dbeibah’s comments came a day after Libya’s chief public prosecutor, Saddiq Al-Sour, announced there would be an investigation into Mas’ud’s extradition following a complaint from the suspect’s family. The Tripoli-based prosecutor provided no details about the investigation. 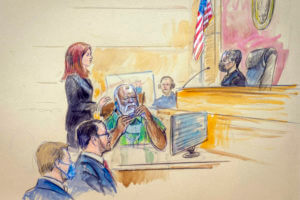 Mas’ud was ‘’kidnapped” from his family home in Tripoli by armed men in November, according to a statement issued by his family shortly after the alleged incident. It was unclear if any of the family witnessed Mas’ud’s alleged abduction.

In that statement, the family condemned Libyan authorities for their silence over the incident and for any extradition process that could later take place.

Engulfed by over a decade of civil conflict, Libya is divided between the government of Dbeibah in Tripoli and a rival government based in eastern Libya headed by Prime Minister Fathi Bashagha. In western Libya, militia groups have accumulated vast wealth and power from kidnappings and their control over the country’s lucrative human trafficking trade.

Mas’ud’s extradition has added to discontent among Libyans, long frustrated by years of chaos and division. In Facebook videos posted Thursday, people in Tripoli were seen carrying posters that blamed Dbeibah and his allied militia forces for Masud’s extradition. In statements broadcast Thursday, two of Libya’s influential tribal groups also condemned the move.

The New York-bound Pan Am flight exploded over the Scottish town of Lockerbie after taking off from London on Dec. 21, 1988, killing 259 people onboard and 11 others on the ground. Some 190 American citizens were on the flight destined for New York.

A breakthrough in the long investigation came in 2017 when the U.S. Justice Department acquired a copy of an interview that Mas’ud, a former explosives expert with Libya’s intelligence services, gave to the North African country’s law enforcement in 2012. He was then in custody following the fall of Col. Moammar Gadhafi’s decades-long rule.

In the interview, Mas’ud admitted building the bomb used in the Pan Am attack, U.S. officials said. According to an FBI affidavit, Mas’ud said the attack was ordered by Gadhafi’s intelligence services.

Mas’ud is the third Libyan intelligence official charged in the U.S. in connection with the Lockerbie attack. He is the first to appear in an American courtroom.