BATON ROUGE, La. (AP) — A white Louisiana man has received a life sentence for the apparently random killing of a Black man in a park. He also is accused of killing another Black man at a bus stop and firing into the home of a Black family as part of a string of attacks that police said may have been racially motivated.

Kenneth Gleason was found guilty of first-degree murder in April for the killing of Donald Smart, The Advocate reported. Smart, 49, was shot in a park near Louisiana State University as he was walking to his overnight shift as a restaurant dishwasher in September 2017. 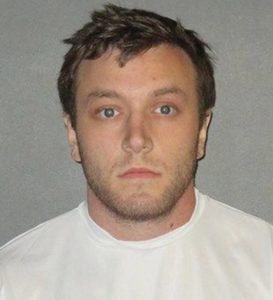 The 27-year-old was also charged in the fatal shooting of Bruce Cofield, 59, a homeless man who was sitting at a bus stop on a busy street in Baton Rouge two days before Smart was killed.

Evidence was presented during the trial that Gleason fired gunshots through the front door of the only Black family that lived on the same suburban street as him and his parents.

After consulting with Smart’s family, prosecutors decided not to seek the death penalty. That meant the only sentence that could be imposed on Gleason’s first-degree murder conviction was a mandatory life term.

District Judge Beau Higginbotham said the death penalty would have been the “appropriate sentence,” according to the newspaper.

“There’s nothing the penal system can do to rehabilitate you, Mr. Gleason,” he said at the Monday sentencing hearing.

Law enforcement officials have said they believe the two killings were random. Both men were on the side of the road at night when they were shot. Officials said Gleason approached them both in the same manner — shooting them first from inside his car, then exiting the vehicle and continuing to fire while standing over them.

Gleason, who had graduated with honors from one of Baton Rouge’s most elite high schools, pleaded not guilty in December 2017.

He wasn’t charged with a hate crime, but an FBI agent testified that Gleason searched the internet around the time of the crimes for topics including Nazi propaganda and white nationalism. Law enforcement told The Associated Press that officers who searched his home found a handwritten copy of an Adolf Hitler speech.

Investigators said ballistics tests and DNA on shell casings linked the shootings. Jarrett Ambeau, one of Gleason’s attorneys, said jurors told both parties after the trial they felt that proof was strong, according to The Advocate.

“Forensic science evidence is very difficult to overcome,” he said.