BOSTON (AP) — Actress Lori Loughlin (LAWK’-lin) and her fashion designer husband, Mossimo Giannulli, are in court to settle a dispute over their choice of lawyers in a sweeping college admissions bribery case.

The couple arrived at Boston’s federal court Tuesday for a hearing to determine whether they can continue using a law firm that recently represented the University of Southern California, which is an alleged victim in the couple’s case.

Prosecutors say it poses a potential conflict of interest. Loughlin and Giannulli say the firm’s work for USC was unrelated to the admissions case and was handled by different lawyers.

The couple is accused of paying $500,000 to have their two daughters labeled as recruits to the USC crew team, even though neither participated in the sport. They have pleaded not guilty. 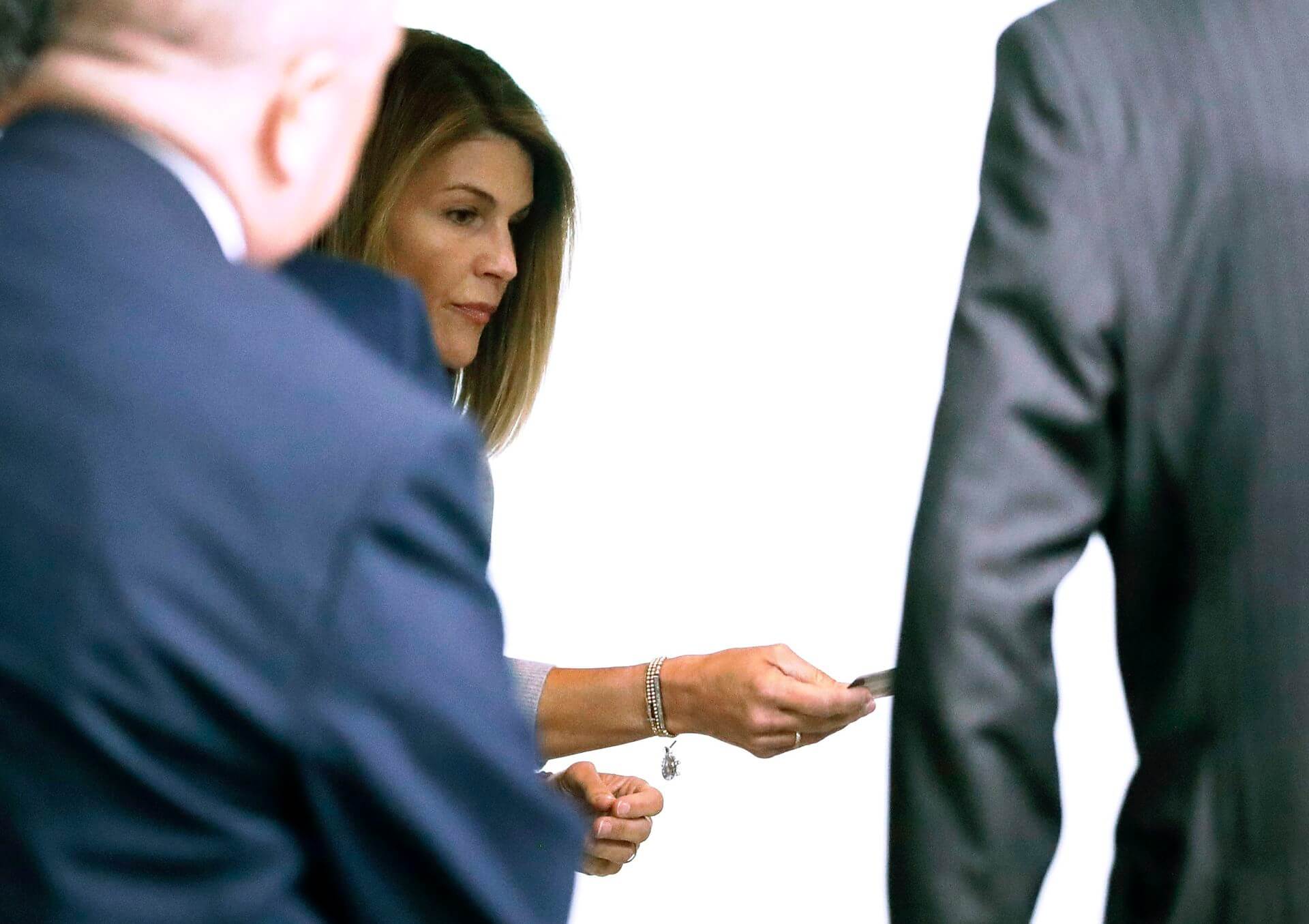 Lori Laughlin enters through the back door at federal court Tuesday, Aug. 27, 2019, in Boston, for a hearing in a nationwide college admissions bribery scandal. (AP Photo/Steven Senne)
MORE NEWS