MOBILE, Ala. (AP) — A man accused of using a ninja-style sword to kill his mother and wound two other relatives was transferred to the county jail following his release from a hospital. 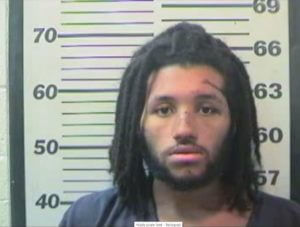 Damien Washam, 23, sat in a wheelchair as he was taken into the Mobile County Sheriff’s Office for questioning before being sent to the county jail, WALA-TV reported.

Washam was charged with murder in the killing of his mother, Helen Washam, at their home on Sunday and attempted murder in the wounding of a disabled uncle and younger brother, authorities said. He was injured after attempting to flee deputies and having a stun gun used on him, investigators said.

Investigators still don’t have a motive for the attack after speaking with Washam, said Capt. Paul Burch of the sheriff’s department.

“There are a lot of questions still unanswered,” said Burch. “I’ve only seen this a couple of times. He had absolutely no remorse whatsoever and that’s probably the most shocking part of it.”

Court records don’t include the name of any attorney representing the man, who did not respond to questions from a report as he was transferred.