MARION COUNTY, Fla. (Court TV) — The hunt for a Texas man accused of murdering his estranged wife and apologizing to their children in an online video has ended, according to authorities.

Trent Vahn Paschal, 48, reportedly killed himself on New Year’s Day as deputies with Florida’s Marion County Sheriff’s Office surrounded his vehicle. The U.S. Marshals had been searching for Paschal since April 2021. He was last seen robbing a Houston car salesman at knifepoint and fleeing in a Chevy Tahoe. Paschal, who was out on bond for the October 21, 2020, death of 30-year-old Savannah Paschal, had reportedly removed his ankle monitor.

Deputies responded to an RV park in Ocala on Jan. 1 “in reference to a subject residing there having a warrant,” according to a report. They found Paschal sleeping inside a van and surrounded him. The report states:

“Upon surrounding the van, commands were given over the PA for Trent Paschal to exit the van with his hands up and that he was under arrest. After a short period of time, a muffled pop was heard followed by what sounded as though something had fallen in the van.” 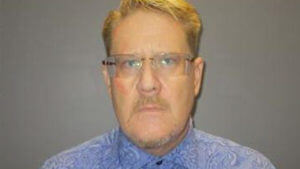 Paschal was pronounced dead on the scene.

Investigators say Paschal fatally shot Savannah after hiding in their master bathroom in their Texas home. Savannah’s mother, who was also in the home, was able to flee unharmed. He was arrested later that evening in a Walmart parking lot. During the arrest, deputies shot Paschal when he allegedly refused to drop his gun.

An online video later surfaced in which Paschal was seen apologizing to their children for killing Savannah. He claimed his wife had been cheating on him. The video abruptly ends when Paschal looks to his side and moves away with the camera. It has since been deleted.