LARIMER COUNTY, Colo. (KMGH) — A man has been arrested in connection to the 2019 sexual assault of a 16-year-old.

In Nov. 2019, a 16-year-old student told a Fort Collins Police Services school resource officer that she was the victim of a sexual assault in September 2019. 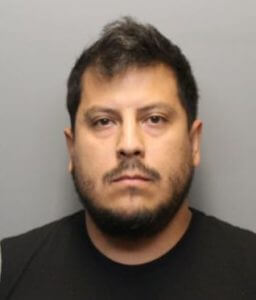 The victim told police she was assaulted in the 400 block of North Highway 287 in Fort Collins/unincorporated Larimer County. The information was given to investigators with the Larimer County Sheriff’s Office.

According to the sheriff’s office, the victim said she met a man named Andrew Koprowski via Snapchat. Koprowski agreed to sell her marijuana, police said.

When they met, the victim got into Koprowski’s vehicle. He grabbed her arm to keep her inside the vehicle, according to police, drove to a more secluded area a short distance away and assaulted her.

Koprowski was arrested for the following charges:

This story was originally published Jan. 6, 2022, by KMGH in Denver, an E.W. Scripps Company.